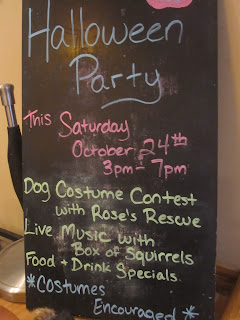 Last Saturday was Barrel Run Winery's Halloween and Dogs event. Although the event is over, I thought it would still be fun to share my thoughts about the event as a whole and since we sampled food and wine while we were there, it would give my viewers an idea of some of the awesome things that Barrel Run has to offer.

I previously reviewed an event that Barrel Run had going on during the month of September, here's where you can find my post about Yoga in the Vines at Barrel Run Winery.

Sadly, although costumes were encouraged, not a lot of people chose to participate. Our costumes were out in full force and the staff had theirs on as well. We attended the Halloween event for the entire four hours and we had quite a few people in our group which allowed us to experience a lot of food and wine.

Although it was chilly (and a little rainy) we spent our time out on the patio listening to Box of Squirrels. 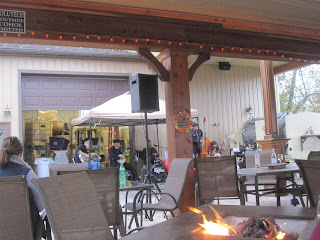 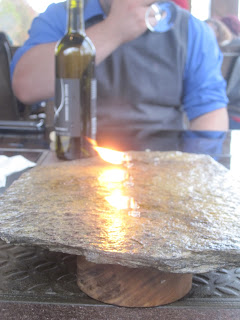 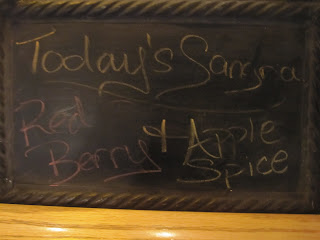 The sangria of the day was Apple Spice -- I drank many glasses of this delicious concoction. This drink was fall in a glass, I do enjoy Barrel Run's sangria every time I visit, but the Apple Spice is my new favorite. 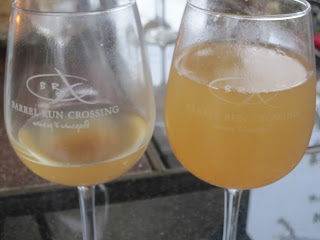 Dave and I snacked on some bruschetta. 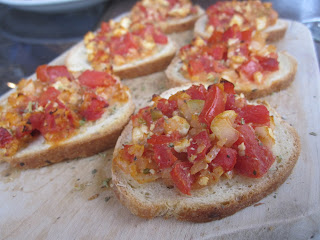 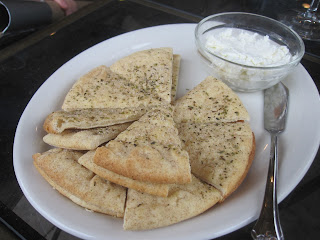 Both the goat cheese and bruschetta are on the usual menu and pair nicely with any of the wines. We were pretty hungry and planning on staying a while, so we settled on ordering both, but either would be fine to split if you just wanted something to nibble on while enjoying your drink.

Although there were not a lot of people in costumes, there were many dogs in costume. The "spider" and "bat" were my personal favorites. 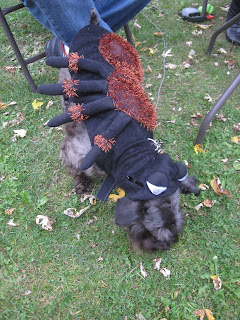 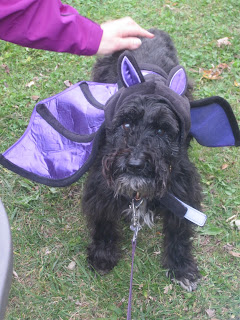 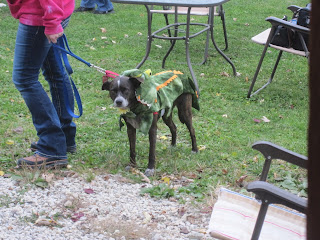 However, Duncan's lion costume ended up winning the costume contest which was judged by Rose's Rescue. 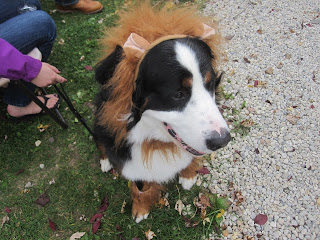 The grounds and patio are decked out for the Halloween celebration. 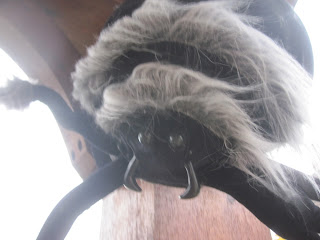 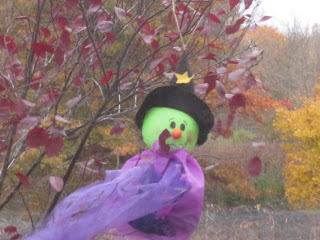 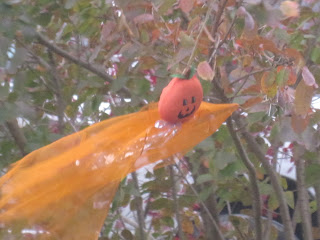 Later in the afternoon my brother sampled the Hungarian sausage, wine and cheese dip which is new to the menu. Brett gave this dish a thumbs up. 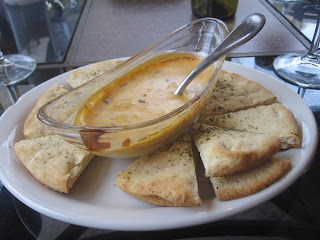 While Brett was eating his food, Dave and I decided it was time for something sweet and tried the Dutch Apple Caramel Cheesecake. The cheesecake was divine and really hit the spot after our savory appetizers. 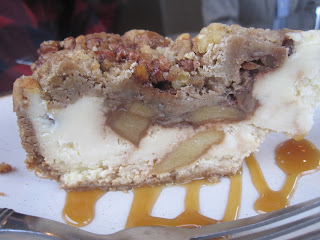 Cheers to the Halloween party next year. 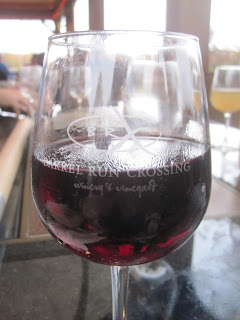 The weather and weak showing of costumes is far beyond the reach of Barrel Run -- although it would have been lovely to have no rain, a little warmer weather and all people in costumes. Otherwise, there was nothing we would have changed about the event. We enjoyed seeing some new menu items, it was great that there was a bar both inside and out due to the large number of attendees. I also liked that the event was the weekend before Halloween, it gave us a chance to enjoy some festivities without missing out on anything else that will be going on this upcoming weekend.

If you're attending next year, make sure to get there early, the patio was packed and although we got a table, we were sad to miss out on a fire table. If you missed out on the party, and are looking to avoid the party scene for Halloween on Saturday stop by Barrel Run for some good wine, great food and to hear music from John Stipe who is performing from 7-10. 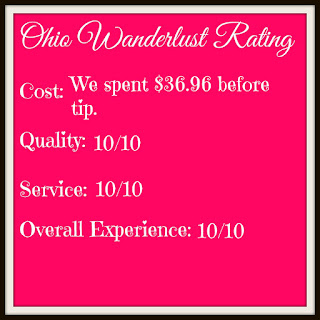 My cost includes four glasses of sangria, two appetizers, cheesecake and a glass of wine.