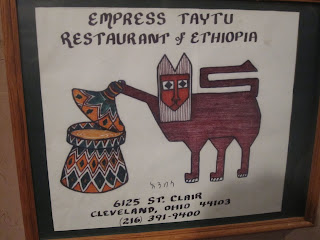 Empress Taytu has a full bar, Dave and I started off our meal with cocktails from off the menu, but some of our friends just ordered standard drinks.

I ordered the Anagew (translated as "Knock You Down") a mix of mango juice, orange juice, vodka, and grenadine. Dave ordered Empress Taytu made with dark rum, grenadine, triple sec, and orange juice. 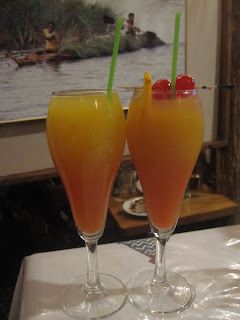 Our server warned us that the place was pretty busy, so Dave and I ordered an appetizer to split before our meal arrived. We selected the Sambusa made with lentils, which was served with a delightfully spicy sauce. These reminded me of a more crispy Indian samosa, we both really enjoyed the spicy dipping sauce that went along with the Sambusa. 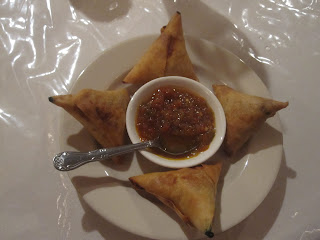 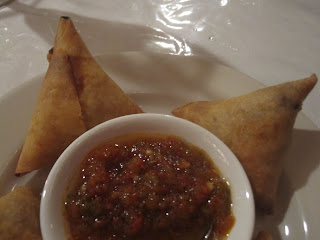 Next our meals came out. One unique feature about Ethiopian cuisine is that you eat it using your hands, you're provided with warm towels to cleanse your hands before the meal and plenty of injera bread to pick up all of your food. Of course, forks are available upon request, but part of the fun is the experience. 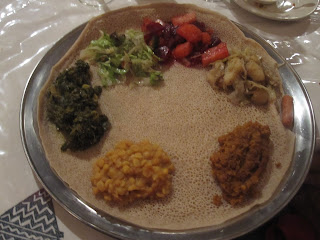 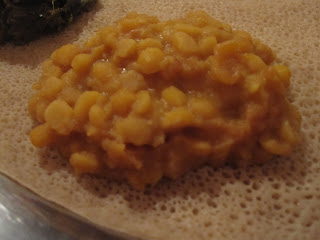 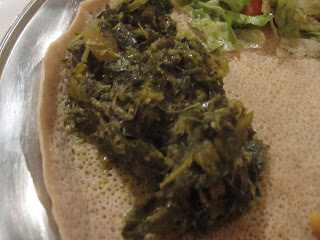 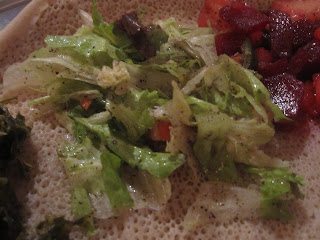 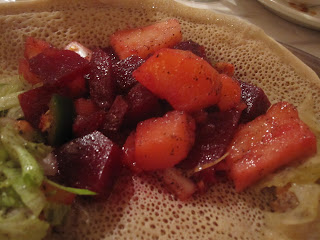 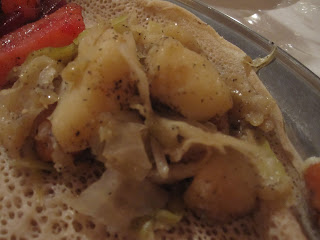 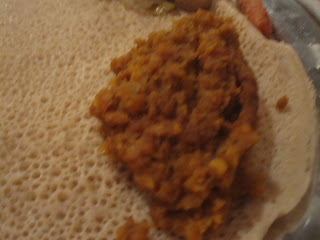 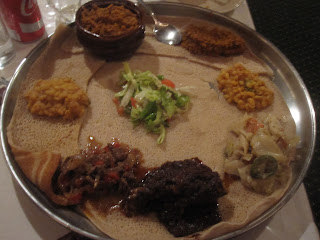 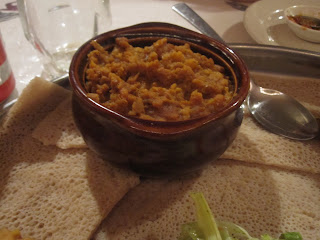 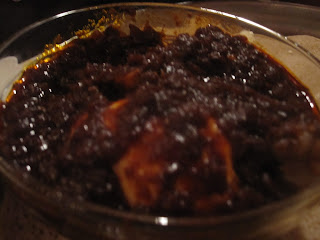 Another friend ordered the Shrimp Tibs, 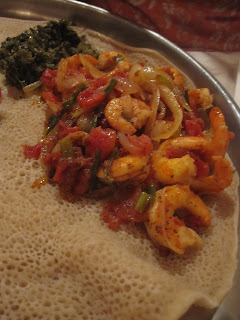 Overall, I liked what we ordered, the kik (yellow split peas) was definitely my favorite of what we tried. To me Ethiopian food seemed really similar to Indian food, but with less spices added. That's not to say the Ehiopian food wasn't flavorful, just that when I think of Indian food I think of spicy, and none of the portions on our plate were spicy.

We added the Ethiopian Coffee Ceremony to our meal -- make sure to let your server know before your dinner is started that way they have time to roast the beans. The coffee beans are roasted in the kitchen with cloves and a mixture of other spices, but they will be brought out to your table so you can get a whiff of that amazing coffee aroma.

The Ethiopian Coffee Ceremony is described by Empress Taytu as:


Special after-dinner treat, a traditional, leisurely ceremony starting with the roasting of green coffee Ethiopian beans in the kitchen, the smoking pan of aromatic beans brought to your table. The coffee is served from a jebena (clay pot), poured into small traditional coffee cups, with incense burning on the side. Served with ambasha bread 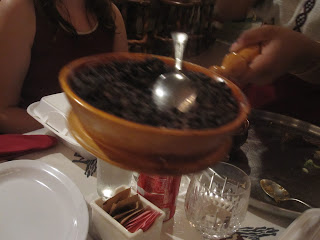 Next there came a platter of mugs, ambasha bread, and burning frankincense. Our server explained that Ethiopia is a largely Orthodox Christian country and that frankincense (one of the gifts the three wise men bestowed upon baby Jesus) is traditionally burned during the coffee ceremony. According to the Espresso Coffee Guide frankincense evokes memories of religious ceremonies and brings a reverence to the coffee ceremony itself. 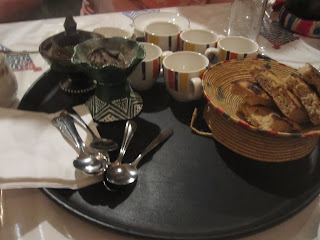 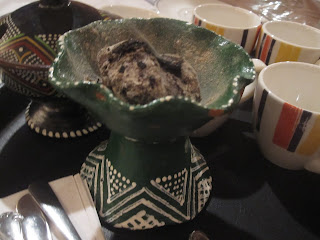 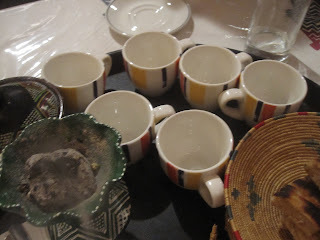 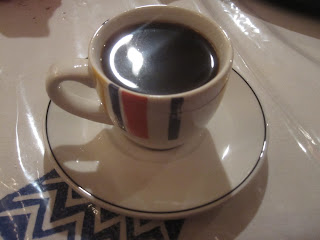 The jibuna or traditional clay coffee pot, we were told is incredibly breakable and that most people bring three or four home from Ethiopia in hopes that one will make the trip back home intact. 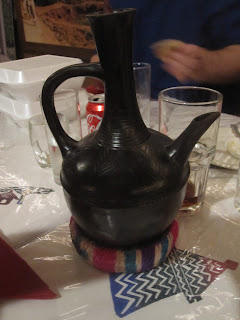 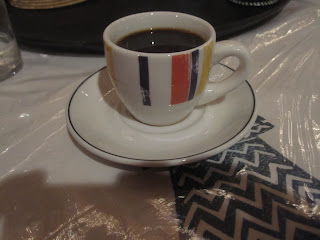 Something else I learned via Espresso Coffee Guide is that it's acceptable to have one or three cups of the coffee, never two. Don't worry, we all drank plenty of coffee. This coffee is thick and has quite the mouth-feel. It is also full of lots of caffeine, it didn't take long for most of us to perk-up and become chatty. 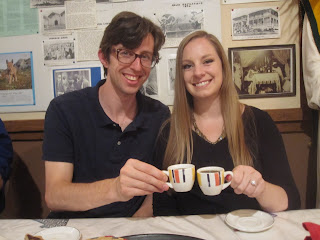 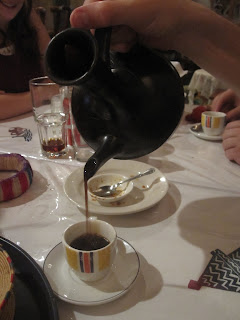 Although the kitchen was a little slow due to the unexpected increase in business, our server went out of her way to make us feel welcome and to make sure we were happy. The entire restaurant is decorated with traditional Ethiopian items and if you have a smaller party you may be seated at a mesob or traditional basket table. Behind our table was a board of numerous articles about Empress Taytu and Emperor Menelek II and on the t.v. screens there were Ethiopian music videos playing on a loop.

My rating for Empress Taytu: 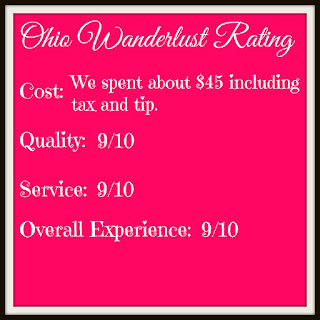