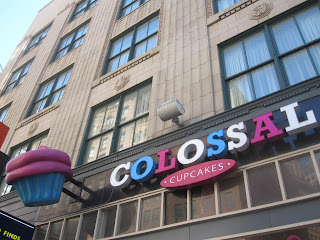 This weekend we were in Cleveland to see Finding Neverland at Playhouse Square and whenever we head up to Cleveland for a show we always make time for lunch. This time we had even more time before the show than we usually do, so we stopped over at Colossal Cupcakes for dessert.

I've been drooling over their cupcakes on Instagram for some time now, but I had no idea how colossal they actually were until I saw them in person. There were over twenty flavors to choose from, but due to how large the cupcakes were we decided to order one each and then split them. 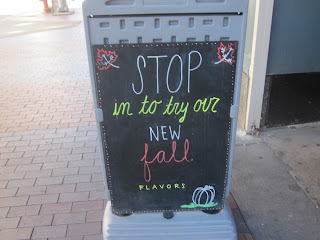 I couldn't resist hamming it up on the pink, bedazzled furniture. 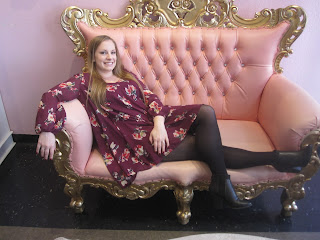 And modelling my cupcake a la Marie Anotinette: "Let them eat (cup)cake". 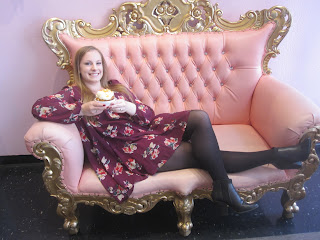 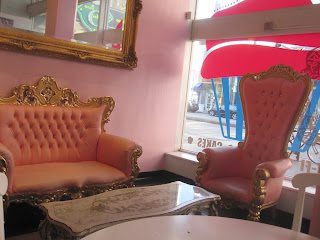 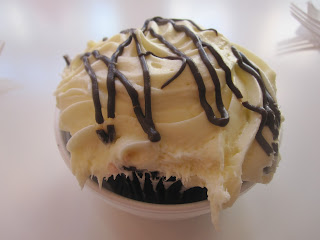 I ordered the Caramel Apple. 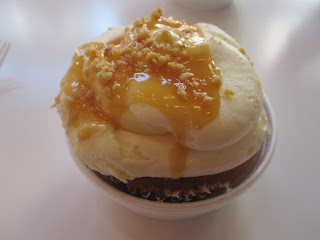 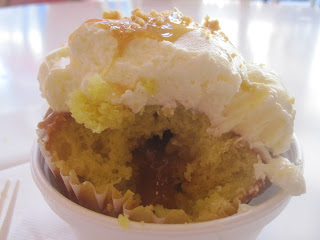 These were a little difficult to eat due to how large they were and how much frosting was on top. I kind of regretted not letting them put an entire cupcake into a milkshake to split with Dave -- yes that is an option, any cupcake that you see can be turned into a milkshake for you, how awesome is that?

This is certainly an every once in a while place to visit when you've had a really great work-out or are planning to walk around the city for a while, I don't even want to think about how many calories are in one of these colossal treats. The price for two cupcakes this large was unbeatable and we really did enjoy our cupcakes.

My rating for Colossal Cupcakes: 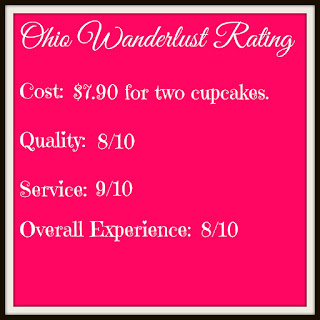