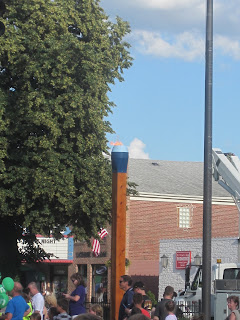 While perusing Facebook a few months ago I came across an event listing for the Blue Tip Parade and Festival in Wadsworth, Ohio. The parade and festival were founded in 1973 and are annual favorites in town. Like me, you might be asking yourself, why is there a blue tip match festival in Wadsworth? After a little digging, I found the an answer submitted by Michael Schario on the site Roadside America:

"Ohio Match Company was one of four Ohio companies that helped move Wadsworth from a coal mining town to an industrial community. Established in 1893, the company made the world famous "Ohio Blue Tip" strike anywhere matches. The company was the largest employer in Wadsworth, employing 1,600 people, more than 600 of them women, but demand for matches declined significantly in the late 1960s when disposable pocket lighters became common. The company closed in the 1980s.

The annual Blue Tip Festival every June starts with the lighting of a 17 ft. tall match during the Blue Tip Parade. The match burns 24 hrs a day for the duration of the festival."


According to most sources (including the Blue Tip Festival website) the match is actually 20 feet tall, it's unclear if it's actually the largest match in the world.

The Blue Tip Festival kicks off with the parade on Tuesday night, there is the 5k Matchstick Race (and now a half marathon as well) on Friday night, followed by the end of the festival on Saturday night. The weather was absolutely beautiful yesterday, so we set out to Wadsworth for the Blue Tip Parade and opening night of the festival.

Per news articles about the Blue Tip parade it always kicks off late, which gave us time to drive to Wadsworth after work and find street parking near downtown. 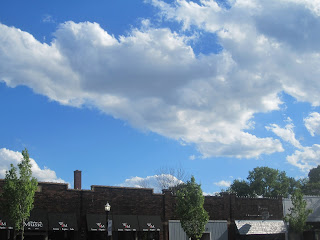 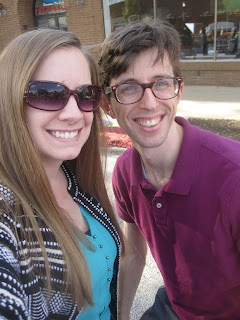 Once the start of the parade reaches the match, the match is lit to officially kick things off. 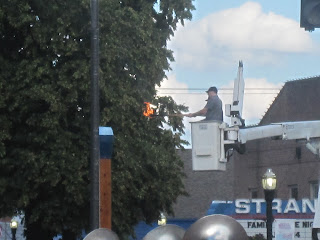 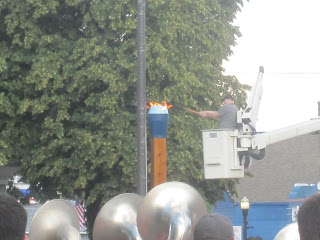 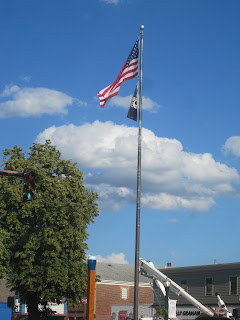 The parade participants varied from local businesses, to judges, to church groups -- all were showcasing Wadsworth pride, and some blue tip match pride. 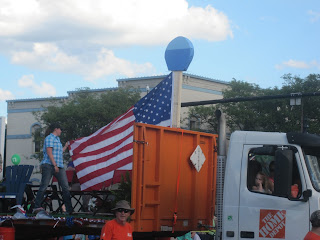 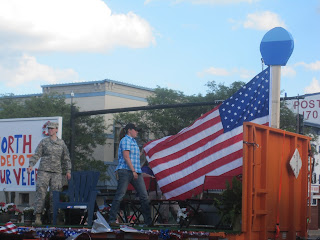 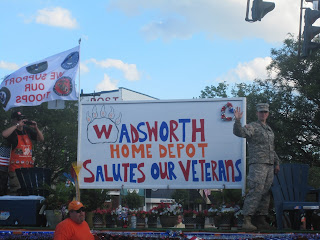 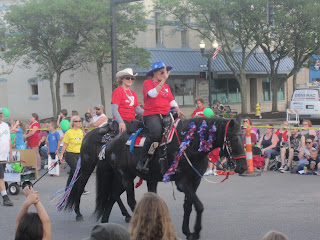 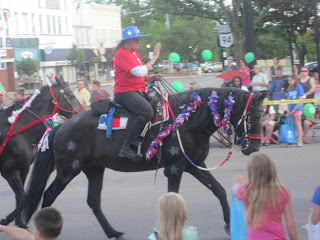 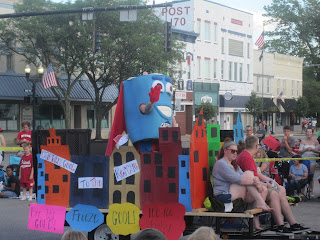 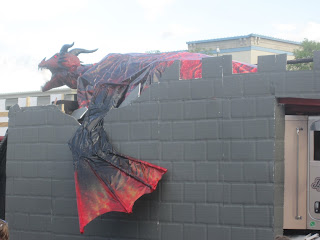 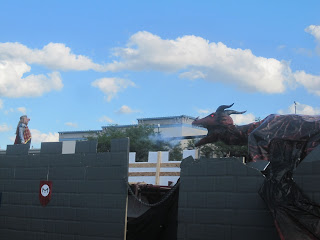 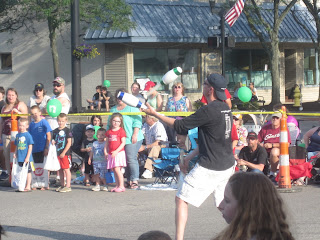 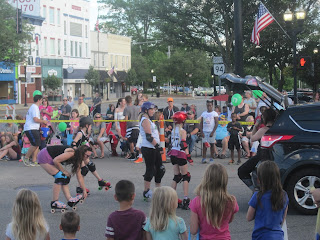 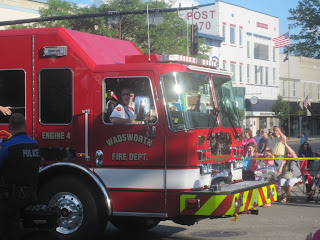 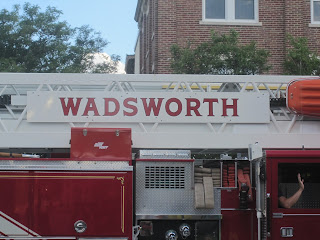 Full disclosure -- the parade is long! We stopped watching after an hour and fifteen minutes and got a closer look at the famous match before heading over to the Wadsworth Brewing Company. 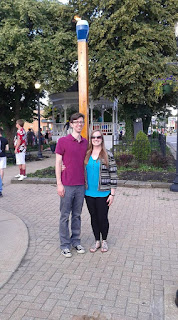 The Wadsworth Brewing Company is usually closed on Tuesdays, but they opened in the evening for festival goers. At 4:00 p.m. they tapped the keg of BlueTip Blueberry Ale which they created to commemorate their first Blue Tip Festival. The BlueTip Blueberry Ale is described by the Wadsworth Brewing Company as "a malty blonde ale with blueberries. The flavor and aroma of the blueberries is prominent and the beer is very refreshing on a warm summer’s day." 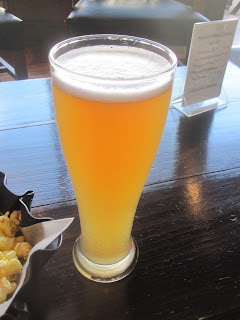 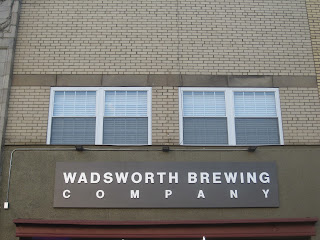 The location of the Blue Tip Festival itself is in Memorial Park which is .7 miles away from the Wadsworth Brewing Company.

There is a stage which will host nightly musical acts, rides, and all of the festival food that you can eat. 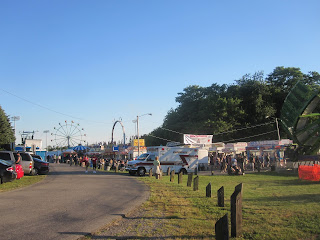 We decided to indulge just a little... 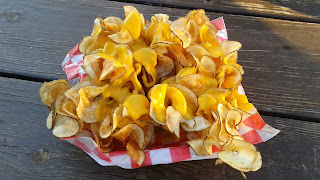 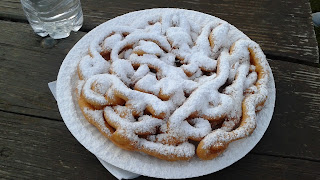 For the record, the giant match is not always out, it is only out for the Blue Tip Festival. The match will burn for five days and then be put away until next year's 45th Blue Tip Festival. Although Blue Tip matches are no longer manufactured in Wadsworth, the town has turned the parade and festival into a celebration of itself -- at the end of the festival all of the money will be donated back to Wadsworth based charities. 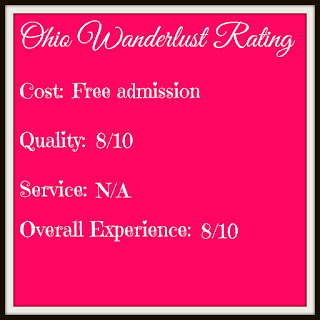