This morning we drove up to Cleveland to attend the 1st Annual Cleveland Donut Fest -- Donut Fest originated in Chicago, the first New York City event was held last year, making Cleveland the third city to host the event. According to an interview the organizer gave to Cleveland.com, the 1,000 tickets sold out in three hours. Dave and I were lucky enough to score two of those tickets for the 10:00-12:00 time slot.

Cleveland Donut Fest 2017 was held at the RedSpace, an event space best described by the tagline on their Facebook page "a raw space at HotCards" -- RedSpace certainly is raw, with very industrial elements. I appreciated that Donut Fest restricted access to two hour increments, it made navigating the vendors so much easier than the mess that could have been -- essentially there was just a winding line from Vendor 1 all the way through Vendor 12. 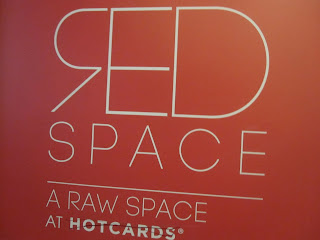 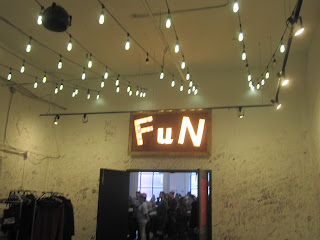 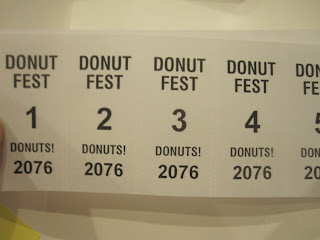 Up for grabs were trophies for the bakeries who presented the donuts voted  "Crowd Favorite" and "Judges' Favorite." Not surprisingly, our favorites ended up winning. I loved the donut I received at Jack Frost and they won Crowd Favorite, Dave's favorite Peace, Love, and Little Donuts took Judges' Choice.

Dave thought the Raspberry with White Chocolate Ganache and Macadamia Nuts from Holey Toledough had the best presentation. 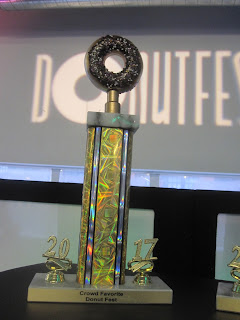 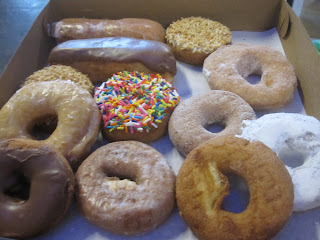 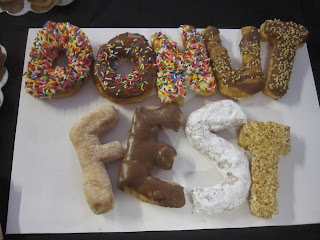 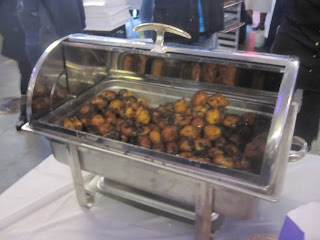 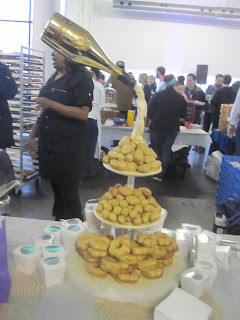 Brew Nuts was a close second for Dave -- he enjoyed their Salty Malty which included filling made with Great Lake Brewing Company's Edmund Fitzgerald porter. 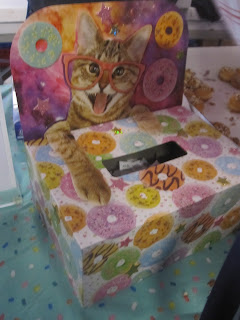 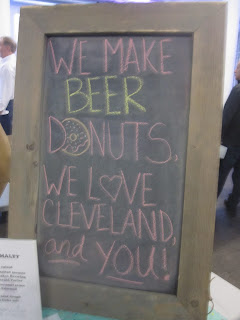 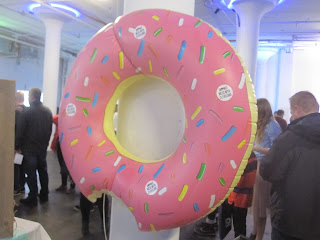 With all of those donuts, I appreciated Solstice's iced coffee. 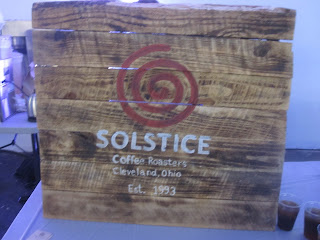 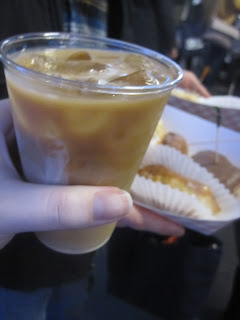 Half way through the line... 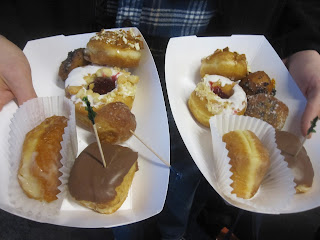 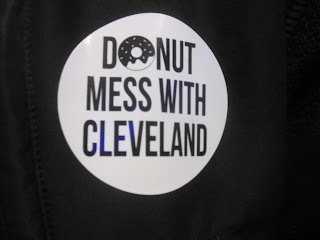 I also loved that Harzler Family Dairy was providing milk samples -- to me a big glass of milk was perfect with the donuts. 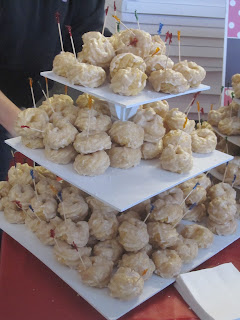 Time to taste test all of our samples -- this Peanut Butter Chocolate Donut from Jack Frost ended up being my favorite. 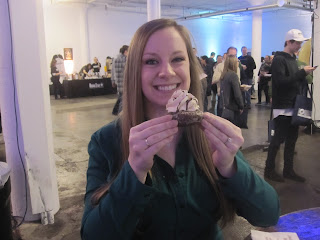 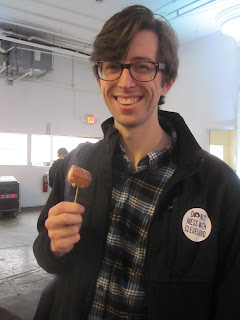 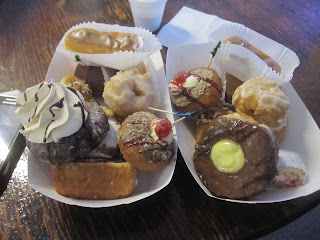 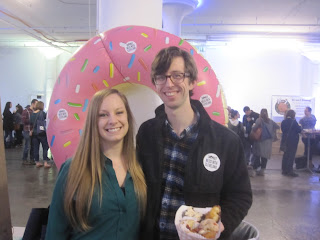 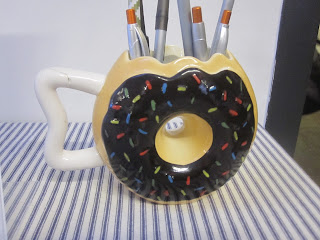 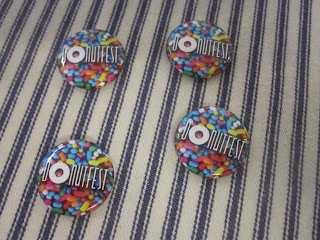 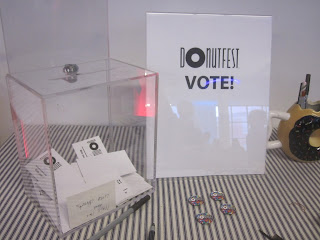 I never thought I would utter this phrase, but once we were done sampling I told Dave that I "never want to see another donut again." I tried to eat as much of my samples as I could, but I think Dave had a better strategy of taking one bite out of each. Either way we ended up taking a tray of half eaten donuts home, because I hate being wasteful.

Dave is pretty sure it was impossible to eat all of the samples, we kind of wished there was a discounted ticket -- like a designated driver ticket at wine tasting events, a ticket that is discounted to allow admission into the festival, but that doesn't require that person to try all of the samples. I doubt we were the only people who were left too full of sugar, but its possible that I could be wrong.

I don't know if we'll be back next year, but I saw quite a few families in attendance, so maybe we'll buy tickets again when we have a third mini-person to help us consume all of the samples. It's not that we didn't enjoy ourselves, but I'm going through a bit of a sugar hang-over right now.

We both thought the event needed to have a better flow, the line circling the donut vendors was great, except it seemed to be impossibly slow for no reason. Due to the size of the space, it was a little cramped standing in line, and people who were trying to buy a dozen donuts or simply walk around had difficulty doing so. Everyone who helped host, all of the donut vendors, and all of the coffee vendors were incredibly friendly and we enjoyed chatting with them about the creations. 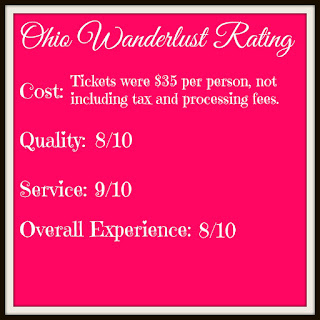