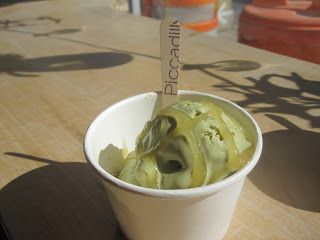 Yesterday Dave and I had tickets to attend Afternoon Tea at Coquette Patisserie on the East Side of Cleveland. Our morning in Beachwood ended early, so we made the drive to University Circle in search of something to do until our Tea Time. While feeding the parking meter, I remembered that I had received a glowing recommendation of Piccadilly Artisan Creamery from a friend after Dave and I had visited Coquette Patisserie for the first time a few months ago. 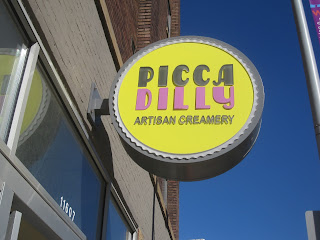 We were greeted by two enthusiastic employees who gave me permission to take photos while they explained the process to us. We would select an ice cream base, then toppings or mix-ins from the provided list. If we weren't feeling crafty, there were some tried and true combinations that could be selected as well. 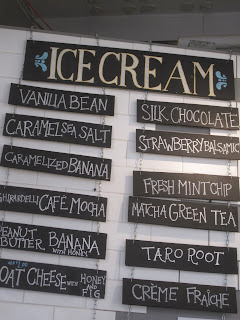 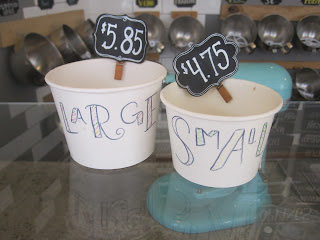 Once the ingredients are selected everything goes into a bright and cheerful colored Kitchen Aid mixer to be frozen with liquid nitrogen. The liquid nitrogen, coming in at very cool -321° F, freezes the liquid base so quickly that it minimizes the size of the ice crystals in the mixer, to smaller than the tongue can detect -- according to our culinary scientist this means that the ice cream from Piccadilly is scientifically as smooth as possible, making this the smoothest ice cream you've ever tasted.

I selected the Vanilla Bean ice cream base with Red Velvet Cake (special mix-in of the month) and Waffle Cone Pieces. Dave was slightly more adventurous with his choice of Matcha Green Tea topped with Honey, although I was hoping that he would select the Goat Cheese with Honey and Fig.

Below you can see the ice cream magic at work. It took less than a minute for our ice cream to come together in the mixing bowl, while everything was freezing before our eyes the Piccadilly values were explained to us. 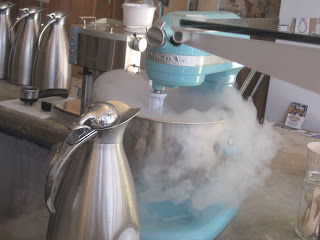 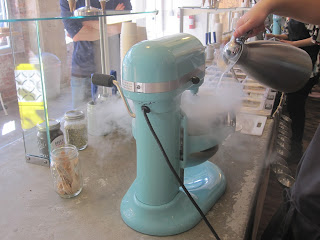 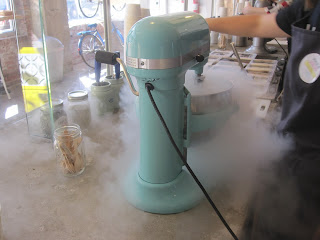 Piccadilly Artisan Creamery does not use additives, preservatives, coloring, pesticides or any other chemical. The milk used by Piccadilly is sourced from a local dairy farm which raises happy, grass-fed cows. The average number of ingredients that go into Piccadilly's ice cream is six, and all of the toppings are created in house -- for example the red velvet cake bites that went into my ice cream were baked in house and made with coconut oil. 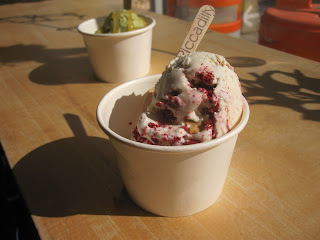 The final result of my ice cream... 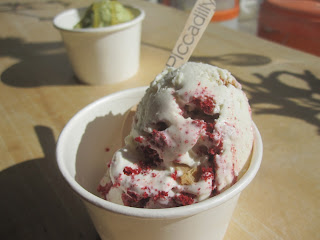 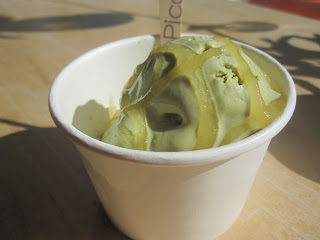 Enjoying our ice cream in the sunshine, Sunday was a gorgeous day. 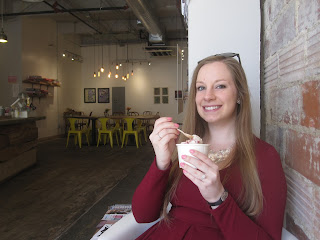 We love, love, loved the Piccadilly "photo booth" complete with the Cleveland sky-line, and an homage to the CLE, and Ohio. 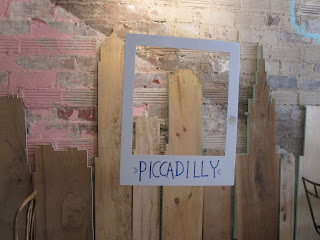 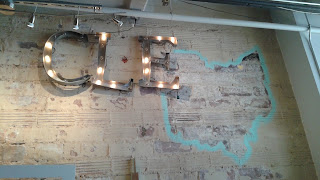 We couldn't resist taking up some props and having an impromptu photo shoot. 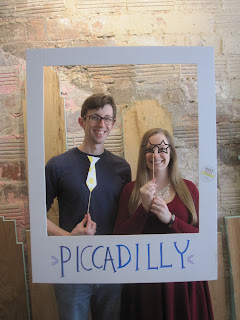 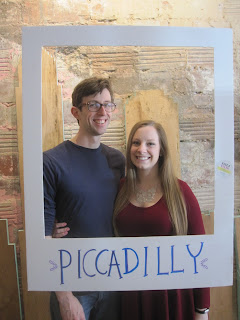 The industrial vibe of Piccadilly was brightened by the furniture, and art throughout the space. The hand curated art galley was in transition for the month. Many of the pieces about to be displayed were from students at the Cleveland Institute of Art -- the collection rotates monthly with new pieces finding a home in the gallery. 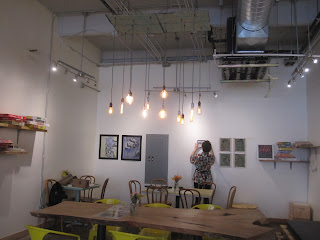 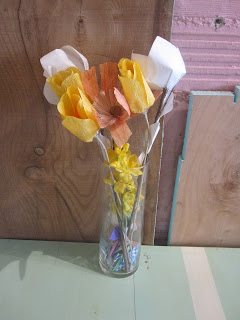 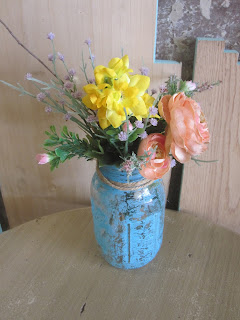 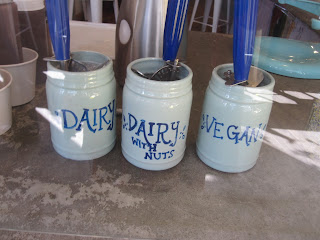 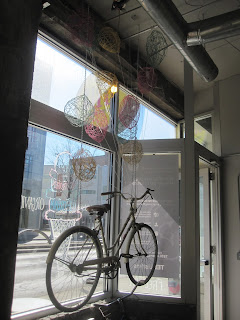 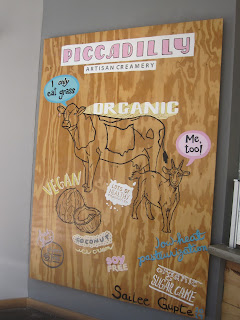 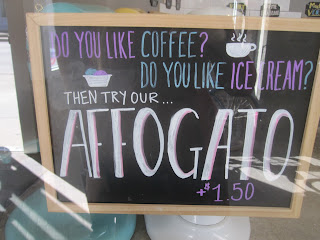 I appreciated that they had a book of the nutritional breakdown for each flavor, that's rare and nice to see in a local shop. 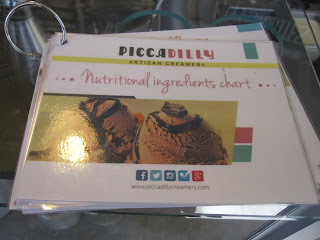 Thanks to Melanie for the recommendation! We need to make a few more trips to University Circle to visit locations we'd like to visit and we will be stopping at Piccadilly every time. The ice cream was unbelievably creamy and we were both so happy with what we ordered. The staff was knowledgeable and friendly, they clearly took great pride in their jobs. Dave's only disappointment was that he was unable to try all of the flavors. 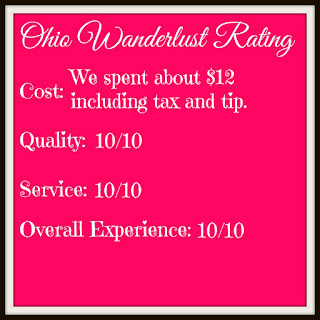