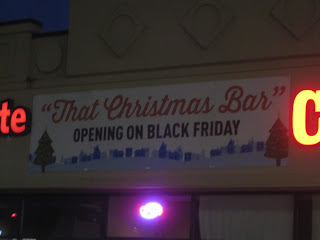 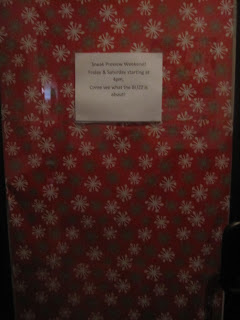 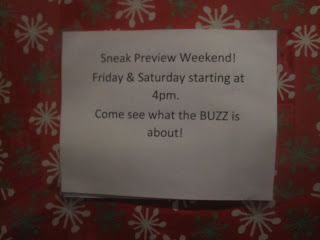 We arrived between 5:30 and 6:00, the bar had just opened at 4:00, and the place was packed. Another couple got up from the sixteen seat bar, which gave us space to squeeze in. All night as soon as a group of people left, another would just come in and take their place.

That Christmas Bar is Christmas bedazzled in a way that would have made Buddy the Elf shout with glee. It was impossible not to feel happy while sitting in the space, there was just so much Christmas going on in every space of the room. Even with so much going on, Dave commented that the decor seemed really well organized. There weren't twelve ugly sweaters on one wall, everything was thoughtfully spread out throughout the venue. Christmas music was playing and although it was a small room we could easily converse with each other and with the people around us which is sometimes difficult at other establishments. National Lampoon's Christmas Vacation was playing on the TV and over half of the cocktails are inspired by the movie.

My mood from when we left the house to when we first sat down did a 180 turn. Everyone seemed so jovial, the Christmas lights and music just make you smile. It's difficult to be a Grinch in That Christmas Bar. 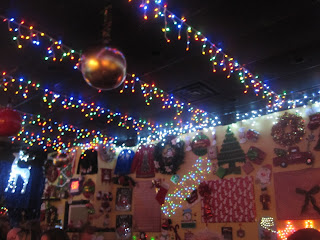 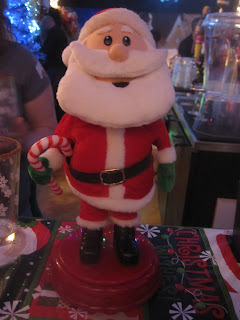 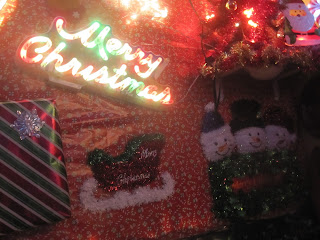 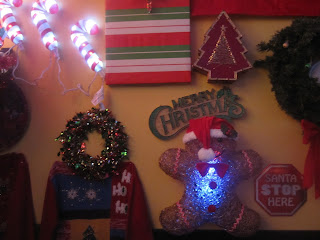 The first drink I ordered was a Melted Snowman Martini, which tasted like a delicious Christmas Sugar Cookie.

Dave ordered a Gingerbread Man Martini, of the two my preference was the Melted Snowman Martini, but I also know that gingerbread is not my favorite cookie. 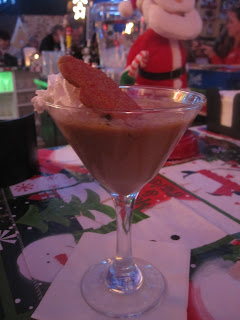 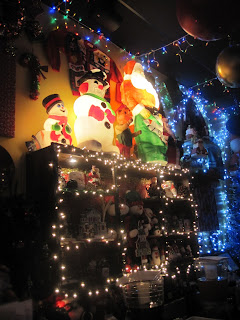 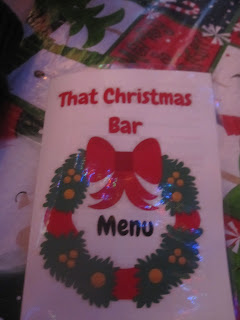 For our second drinks I ordered the White Christmas Sangria, Kim the bartender highly recommended it and described it as being sweet, but not sickeningly sweet. I thought it was fantastic and very refreshing, Kim was right about the taste, but I think it had a nice amount of sweetness to it even though it wasn't overpowering. 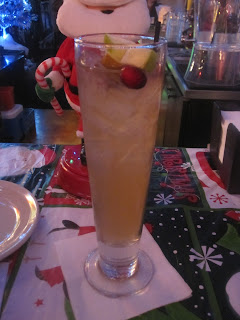 At that point we decided to order off the bar snacks menu and were not disappointed in our Pretzels with Nacho Cheese or Potato Chips with Onion Dip. Both were the perfect portion and really hit the spot after drinking. 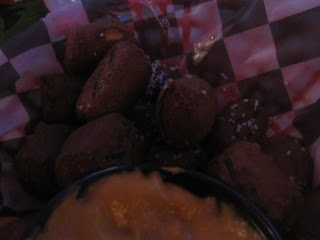 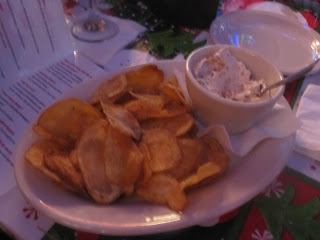 We rounded out the night with an "I Don't Know, Margo" made with champagne and blackberry juice. Another delicious cocktail inspired by Christmas Vacation. 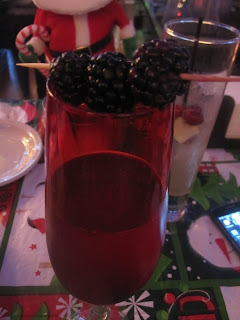 We ended the night with photos at the Elfie Selfie Station set up on the other side of the bar. 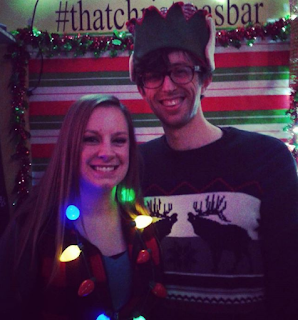 It is very explicit in the menu that all cocktails are $9 unless otherwise marked (beer for example is cheaper), there was one Angry Elf who was very angry to find out that her cocktails were all $9 a pop. The bartender was nice about it and explained all of the drinks were double pours and contained at least four ounces of alcohol. Personally, I don't think $9 is expensive for a drink of that strength in the Canton, Akron, or Cleveland area. And I don't see how anyone can be an Angry Elf when it's been clearly marked in the menu and in all news promos that the cocktails are a flat $9.

We were pleasantly surprised by the food, we expected the bar snacks to be ho-hum, but they were really good and hit the spot while we were sipping on drink number two.

That Christmas Bar turned our boring Saturday night into a great time, Dave and I are still talking about how much fun we had and making plans to go back after the grand opening with a group of friends. I cannot say enough good things about this pop-up space, it was such an excellent idea and based on the crowd last night will continue to do very well. 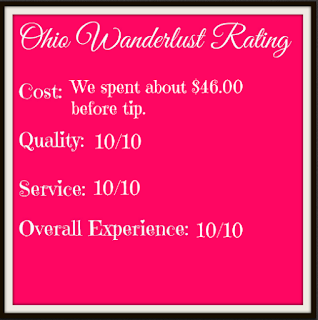