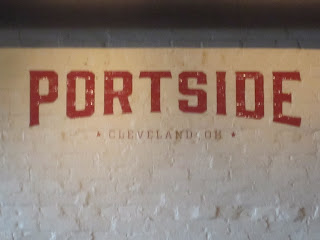 Two weeks ago Dave and I visited the Portside Distillery and Brewery in Cleveland, in part thanks to a LivingSocial deal my friend Sara had gifted us. The deal was good for a brewery and distillery tour complete with a sample of beer and rum at the end as well as a Portside growler to take home (beer to fill the growler not included).

We arrived just before the first tour of the day started, so we decided to grab lunch and go on the second tour.

I thought this drink was really good, the cider paired nicely with the Vanilla Maple Rum, but the drink wasn't too sweet overall. Definitely a nice lunch cocktail. 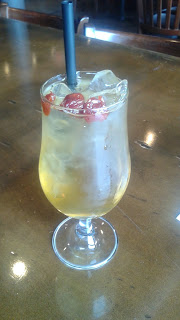 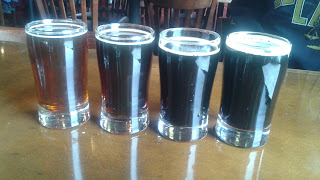 We split two starters for lunch the Artichoke Dip and Red Pepper Hummus. Both were good to munch on, but neither was memorably spectacular which was okay, we didn't really go to the Brewery in order to get really good food -- we were more there for the drinks. There were several sandwiches on their menu as well as some cheese plates if you're in the mood for something other than starters. 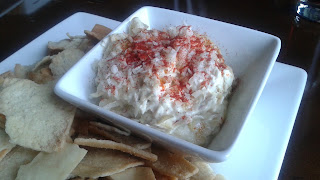 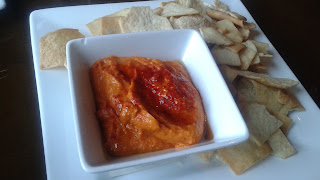 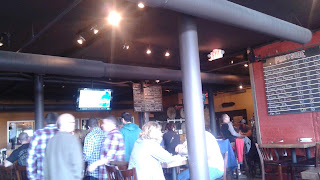 First stop, the brewery, not being a beer enthusiast (and pretty much the only person who had never done a brewery tour in the group) I learned quite a bit. Tess led our tour, she was knowledgeable and enthusiastic. She also told us about things that Portside does differently than other breweries and how they go about crafting small batches of experimental brews.

There isn't a lot of space in the brewing room, so be prepared to be packed in with everyone else on the tour. Overall, I thought Tess did a great job and that the tour was interesting. 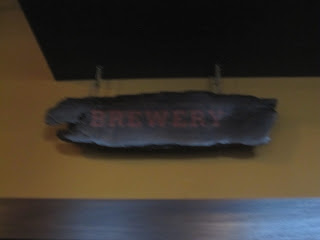 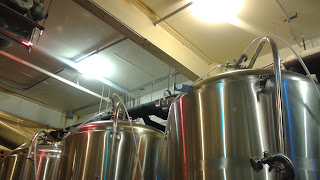 Next we moved over to the Distillery, being attorneys we thought the information Tess provided about the differences in Ohio law about the regulations of brewing beer and distilling liquor was interesting. The distillery portion of the tour was much shorter, because there was less to talk about, but it was still interesting to both Dave and me. 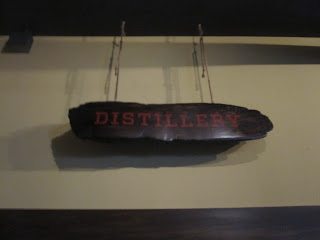 After the tour everyone got a 5 ounce sample of beer and a .5 ounce sample of rum -- both of your choosing. Dave tried two brews that weren't included in his flight and we tried the Vanilla Maple Rum and Christmas Spirit Rum. 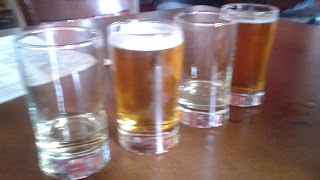 Our Living Social deal included two growlers, so Dave purchased some Breakwall Brown Ale and Rusalka Vanilla Stout to fill the growlers since he enjoyed those beers the most. Hanging-out at Portside Distillery and Brewery made for a fun afternoon in Cleveland, I'm sure Dave would want to purchase their beers in the future.

My rating for Portside Distillery and Brewery: 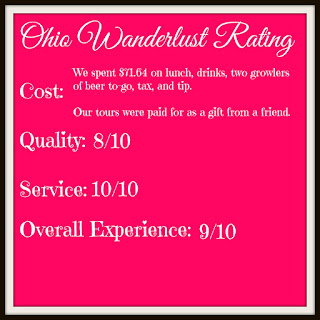