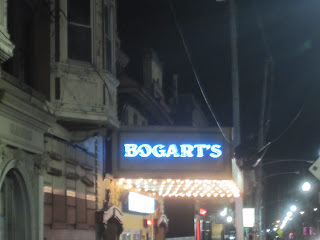 I've been a little busy lately, most likely because I spent a significant amount of time travelling all across Ohio this weekend. Now that life has settled down slightly, I should be able to get back to a more typical schedule of blogging.

Last Friday, Dave and I took a four hour road trip down to Cincinnati to see a concert. Neither us had been to Cincinnati before, but I have plans to attend a museum exhibit there in the next few months, so this will not be our last trip.

The venue for the concert was Bogart's which is easy to get to once you exit the highway, although they do not have a parking lot, there was a parking garage across the street as well as street parking which is free after 6 p.m. You certainly will have many options to choose from whether you'd like to park close (we were half a block away) or down the street (our friends chose to park a few blocks away).

The staff who checked our tickets at the door were courteous and professional. We arrived at the concert after the opening acts had started, so we weren't struggling through a large line, but it's always appreciated when you're being treated nicely. 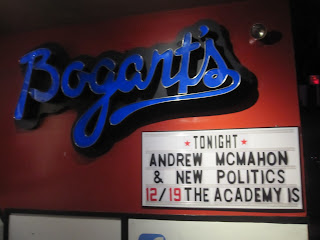 We were surprised at how large Bogart's is on the inside, we were expecting a venue similar in size to the House of Blues in Cleveland, but Bogart's is massive. The venue can hold approximately 1,500 people compared to about 700 people in the concert hall at HoB Cleveland. Once the crowd pushed forward, we were able to stand at a half-way point in the general admission area. One nice thing about Bogart's is that there is an aisleway on both sides of the room, the security staff are good about making sure it's kept clear, so if you want to leave, it's easy to get to an aisle and away from the crowd. Some venues pack you in like sardines and then it's impossible to ingress or egress the crowd.

Some photos we took during the New Politics set: 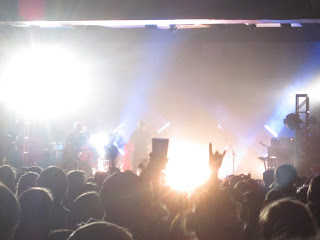 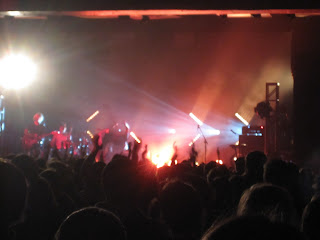 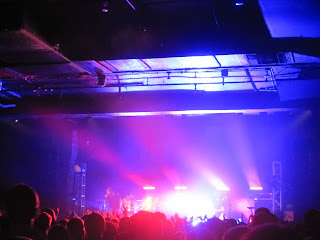 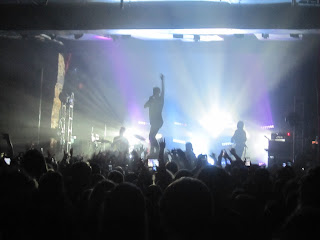 Photos taken during Andrew McMahon in the Wilderness who was the headliner: 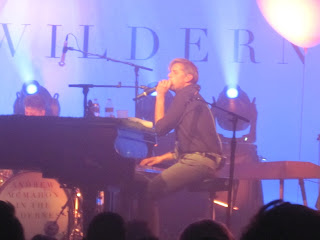 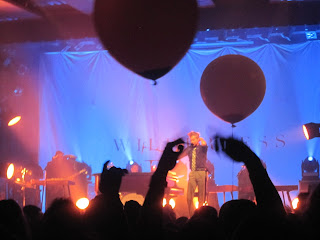 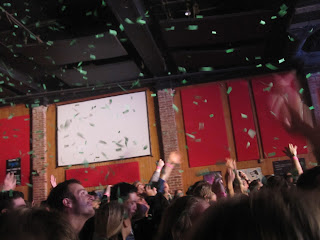 After the show we were trying to decide if we wanted to purchase merch and were happy to see that Bogart's had put a water cooler on the end of the bar with plastic cups. The icy cold water was refreshing and made our wait in line much more tolerable.

Later we waited by the tour buses to meet with the band and once again I was impressed by how professional and courteous the security staff from Bogart's was -- they were doing their job, but with a smile and with respect for the patrons of the establishment and that doesn't always happen. 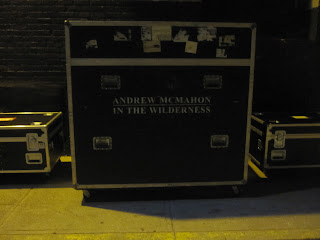 Bogart's is a bit of a drive for us, but to see an act that I really like I would make the trip down to Cincinnati again. I was impressed by the size of the venue and like being able to get out of the crowd, rather than being packed against other concert goers. We appreciated the ice cold water that was available after the show and liked that we were treated well by the staff at the venue.

Bogart's has a pretty packed schedule for the upcoming weeks, check out their website to see the schedule as well as to purchase tickets.

My review of Bogart's: 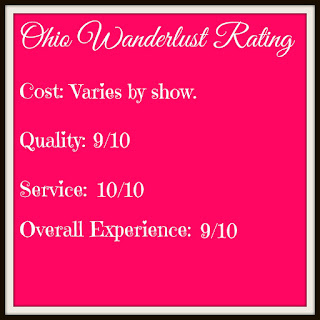