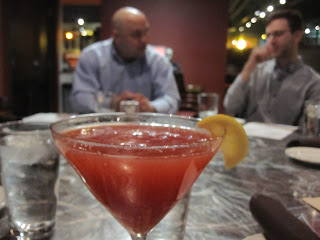 Last weekend a large group of us went to Bricco in Kent to celebrate Dave's birthday. Bricco has four locations -- two restaurants, one cafe and one pub. The Kent restaurant is the first Bricco location outside of Summit County and the location in Acorn Alley is fantastic. Bricco offers valet parking on the weekends, but it's conveniently located near to the parking garage if you'd like to visit some of the shops in Acorn Alley after your meal.

I made a reservation just because there were seven of us, the restaurant was moderately busy for a Sunday evening. Since they use Open Table, it doesn't hurt to make an online reservation to reserve your table.

With such a wide variety of guests it was easy for us to order a range of items off the menu.

A few of the people at our table ordered this beer cocktail to start, it included Victory Golden Monkey Belgian beer and strawberry daquiri mix. Dave enjoyed this drink, he finds Golden Monkey to be delicious, but very assertive, so the ultra sweet strawberry daquiri mix helped to mellow out the cocktail to make it more palatable for a first drink. 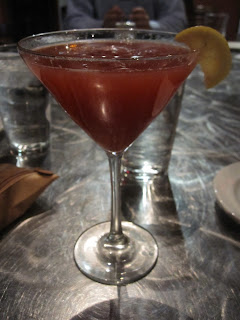 For an appetizer several members of our group started out with the Tomato Artichoke Soup which they enjoyed.

We decided to split the Fried Brussels Sprouts which came with polenta croutons and a parmesan dipping sauce. I personally love brussels sprouts, especially when they're charred like the ones Bricco served. 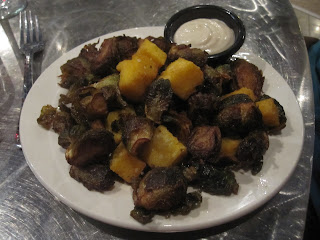 For dinner our party ordered an incredibly wide variety of entrees.

Two people ordered pizza, which they enjoyed, but couldn't finish. Remember that these are full sized pizzas they're best split unless you'd like some leftovers.

Someone ordered the crab cakes -- served with a pineapple napa cabbage slaw and thai chili glaze. Although this was advertised as an appetizer, it could easily be a meal. 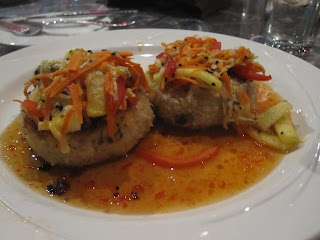 I thought the Arugula salad sounded intriguing. A bed of arugula topped with white cheddar, pumpkin seeds, a grilled watermelon steak and sherry vinaigrette. I ordered the full size, but after splitting the brussels sprouts with Dave, I should have gone with the smaller size. I thought the grilled watermelon was a really nice touch, I've used that technique before, but I've never seen grilled watermelon in a restaurant. My only issue was of personal preference, I don't love arugula and think the entire thing would have been lovely with spinach instead. Next time I'll just ask. 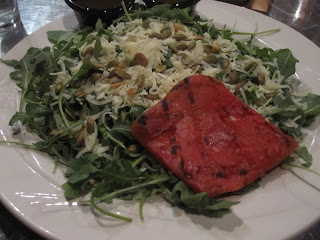 Dave ordered the full size of the Spinach salad which came with water chestnuts, carrots, peanuts, and thai peanut dressing. He thought that the dressing was really good, it would have made a nice dipping sauce for spring rolls. Overall, Dave said he prefers a more integrated salad presentation. 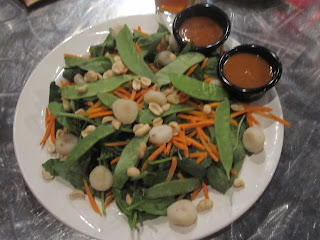 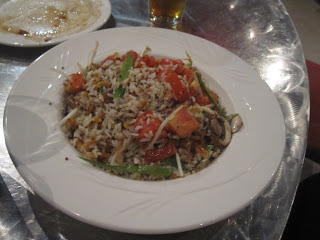 The portions were incredibly huge, we're usually appetizer and dessert people, I wish we had chosen the smaller size of the salads. Next time we will split a few appetizers or just order meals alone. Our reservation was for a Sunday night, so Bricco wasn't serving their full cocktail list -- only beer and beer cocktails. We're in Kent frequently and I think Bricco would be a wonderful place to meet up for just appetizers and drinks since their appetizer list is extensive.

My rating for Bricco in Kent: 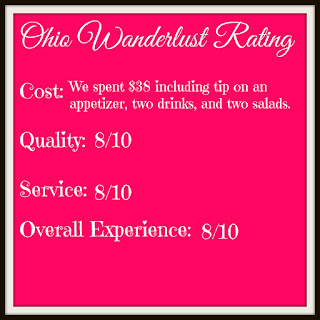