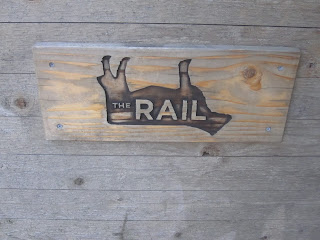 Two vegetarians and a carnivore walk into a burger joint...sounds like the start of a joke right? Earlier this week Dave and I had lunch at The Rail with a friend -- now this is a burger place, so it wasn't really somewhere I had ever considered eating before I saw a friend post their veggie burger on Instagram. Between the salads, appetizers, veggie burger option, and veggie sandwich I figured that I would be able to find something great to eat.

The Rail is an all Ohio restaurant, aside from the Canton location there are three other NorthEast Ohio locations. The Rail serves 100% Ohio beef and 1/2 pound burger patties (that's a lot of beef) in addition to Ohio brews and hand dipped milkshakes. The Rail is owned by restaurateur/chef Mike Mariola who also owns The City Square Steakhouse in Wooster. 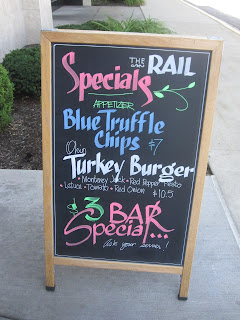 Although The Rail is in Belden Village, we happily took advantage of the patio and didn't deal with too much traffic noise which was surprising due to the proximity to all of the busy roads. 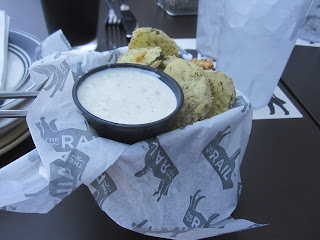 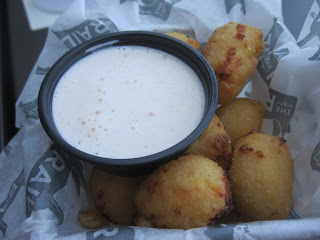 I also went for a Peanut Butter Brownie milkshake, peanut butter is seriously my kryptonite. 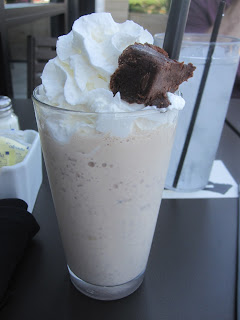 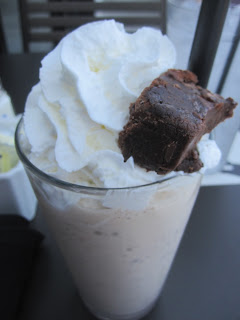 I kept my order simple with the Caprese Salad. 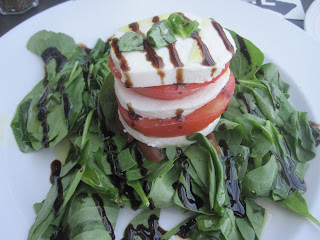 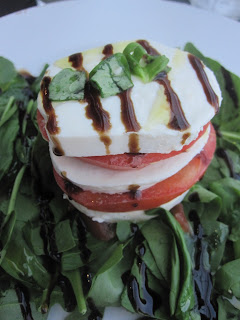 Dave ordered the Hippie Pita which was topped with mixed greens, tomatoes, onions, mozzarella, and hummus. He also added a side of fries. 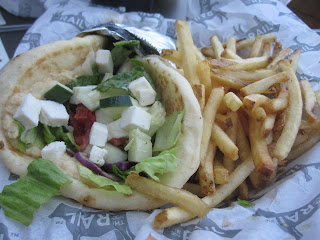 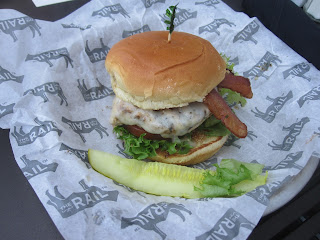 Overall, everything was really good, we went on Labor Day for lunch so the restaurant wasn't incredibly busy, but we got great service. Although Dave ordered the Hippie Pita there is also an option to swap a veggie burger onto any of the burgers offered on the menu. The Rail is pretty casual as well, I think it's a restaurant that my dad and brothers would really like and the prices are decent for the amount of food that you're receiving.

My rating for The Rail: 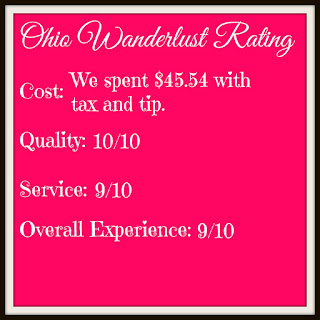