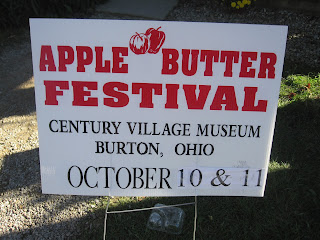 Yesterday Dave and I drove to Burton to attend the Apple Butter Festival. This two day event is held in the Century Village area of Burton and is hosted by the Geauga County Historical Society.


We got to try our hand at stirring the apple butter in a giant copper kettle. We arrived at the festival about one hour before it closed, so this was the last copper kettle on the grounds. There were stands all throughout the green area at the start of the festival, there had been a lot of apple butter made earlier in the day! 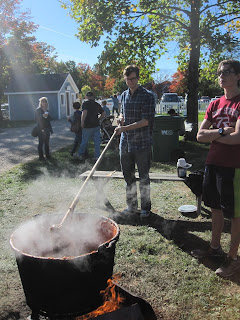 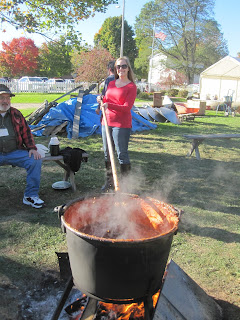 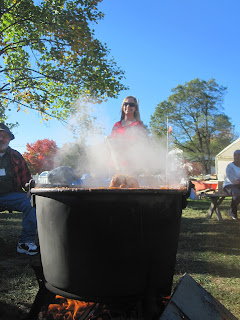 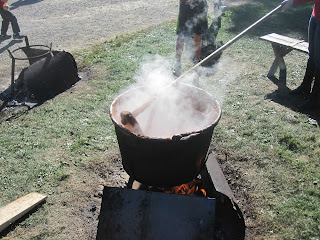 The fully restored Century Village Museum is an "authentic representation of a Western Reserve Village from 1798 to the end of the 19th century. The Museum contains over twenty historically authentic buildings, more than 15,000 museum artifacts, and a working farm with a sugar bush for making maple syrup." (You can learn more on the Geauga County Historical Society Website). 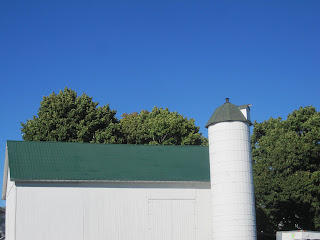 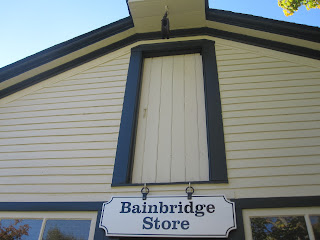 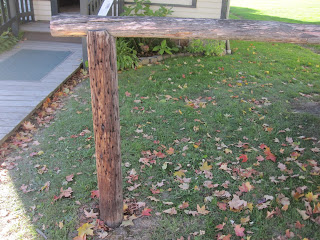 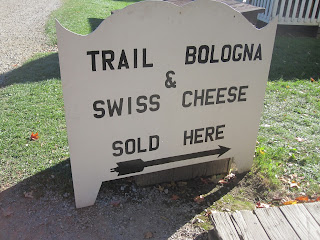 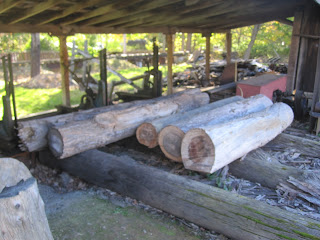 We arrived too late in the day to purchase apple butter, a woman in front of us in the lemonade stand line said that she had purchased the last few jars. 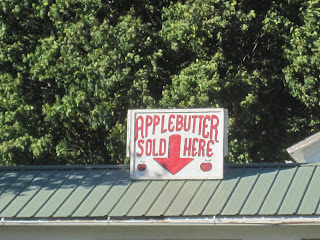 We did get to see demonstrations in broom making and weaving. A very knowledgeable local showed off artifacts from prehistory -- he was quick to tell Dave the pointy stones were spearheads and not arrowheads, but he still doesn't know how many spears it takes to kill a mammoth, knowledge of that fact was apparently very important to Dave. 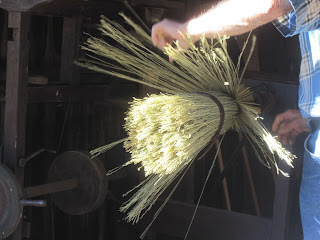 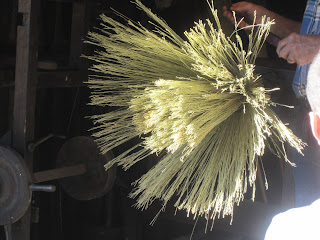 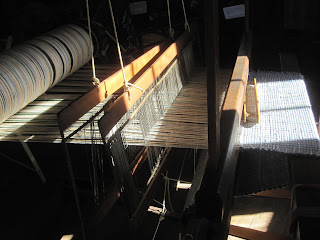 It was a picturesque day in the Century Village and a fun fall outing.

We were at the apple butter festival for about an hour and had fun stirring the apple butter and touring the various buildings at Century Village. There was plenty of fall foliage surrounding the area as well giving us a nice fall afternoon experience.

Later on, we wandered into Burton square and caught the end of Oxtoberfest, a small craft and business event centered around a community ox roast -- maybe next year we'll get a chance to attend and review the full event. 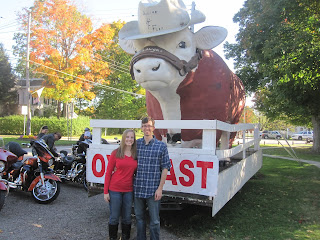 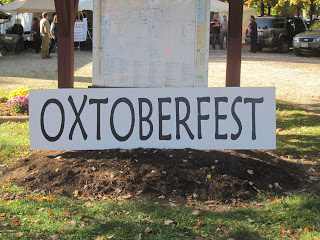 My rating from our Apple Butter Festival experience: 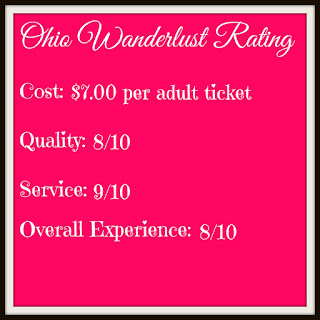