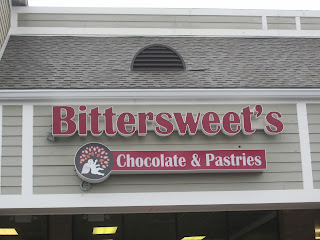 We discovered Bittersweet's on accident two years ago in Kent. There is a store downtown (Empire) which sells Bittersweet's truffles. We only purchased two, but we were in love. The flavors were complex and they were decorated gorgeously. Since then we have relied on Bittersweet's to brighten up celebrations and holidays. We also spent quite a bit of time here fueling our sweet tooth while studying for the bar exam.

Assorted cupcakes which are baked daily... 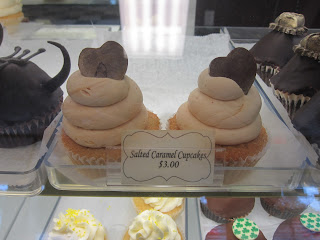 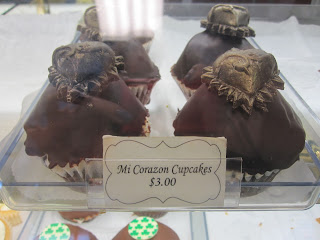 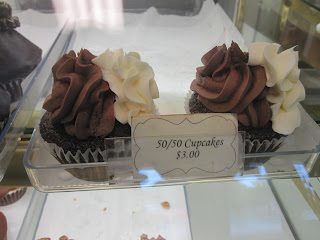 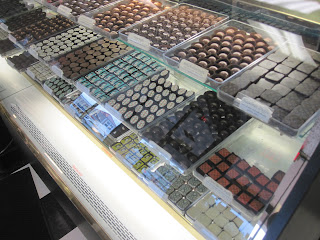 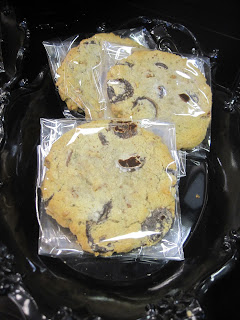 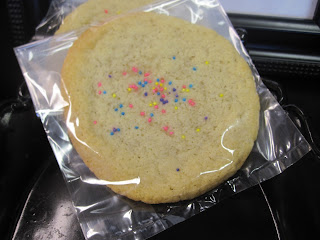 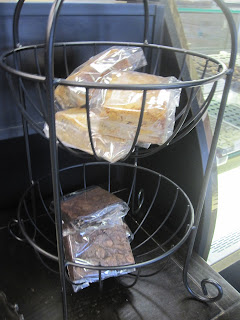 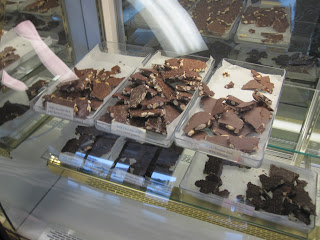 We left with one cupcake, two macarons and three truffles to sample and rate. 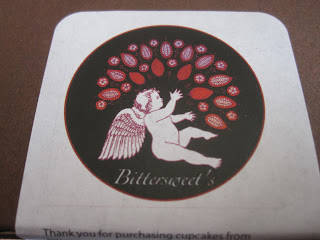 We chose the Salted Caramel Cupcake. Bittersweet's adds a disclaimer to their cupcake boxes, because they use real butter in the frosting, you really need to let your cupcake sit at room temperature prior to enjoying it, otherwise the frosting will be too hard.

I love the look of their cupcakes, they're not too busy, but decorated with just enough frosting and toppings to make them special. 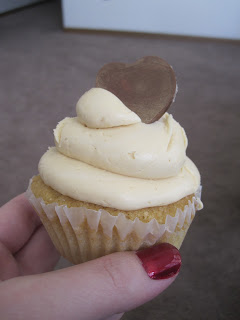 This is the inside of the cupcake, it was also filled with caramel as well. Since we were splitting the cupcake in half to eat anyway, I thought I'd show you the view. 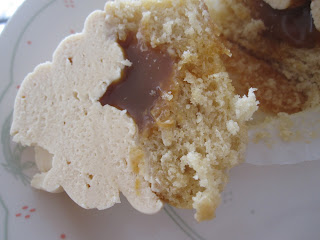 You can really tell that they are using real butter in their buttercream frosting, the frosting itself is incredibly rich. It's something that I only indulge in once in a while -- that's how rich this frosting is. The filling in the cupcake was a nice surprise and all around it had good flavor.

Next up were our two macarons. 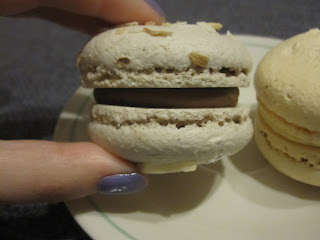 I liked the German Chocolate the best out of the two we ordered, the chocolate and toasted coconut both came through nicely. 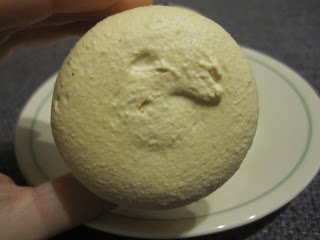 Dave preferred the Pumpkin Macaron. I'm not a fan of "pumpkin spice" flavored everything in the fall, you could even say that I hate it. It's rare for me to enjoy something that is "pumpkin" flavored, but I thought the macaron was palatable.

Lastly, the three truffles. We ordered the: 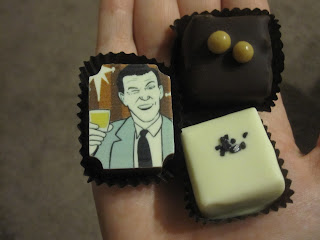 Dave liked the Hoku truffle the best, I think the Dulcey Shortbread truffle was the best, because the crunchy shortbread helped to give it some different texture.

Bittersweet's has an incredibly wide array of sweet treats available for purchase and everything we have ever tried has been decadent and well worth the purchase. Bittersweet's also takes custom orders for party cakes and for wedding cakes.

My rating for Bittersweet's Chocolate and Pastry: 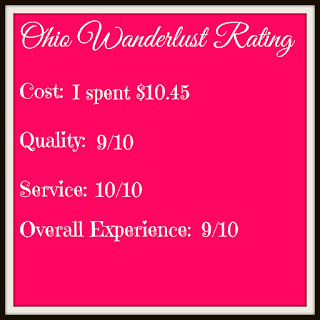