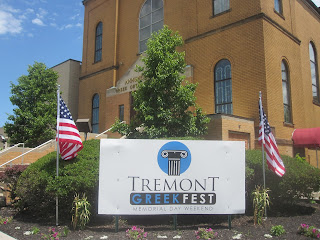 The annual Tremont Greek Fest took place over Memorial Day weekend -- 2017 was the 47th annual festival hosted by the Annunciation Greek Orthodox Church. The festival lasts for four days and we managed to find time to drive up to Tremont for the last day of the festival and were joined by some friends. 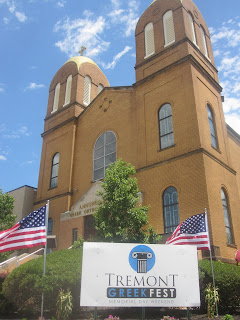 There is a schedule of events starting later in the evening each day, but we were essentially there for the food and were not alone in that idea. We arrived at the banquet hall around 1:30 and there was a line out the door for the Taverna. Throughout the grounds there were smaller stands for ordering easy to carry items like gyros, but the Taverna had all of the dinner portions. The food at the Taverna comes from the parishioners old family recipes and is cooked and served up by the parishioners as well. 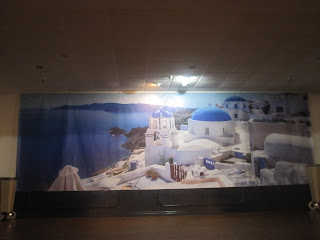 We ordered the Vegetarian Stuffed Pepper which came with a side of Lemon Potatoes. 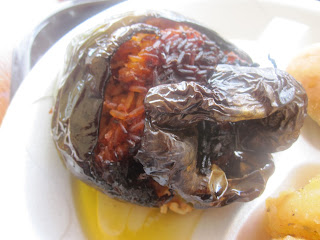 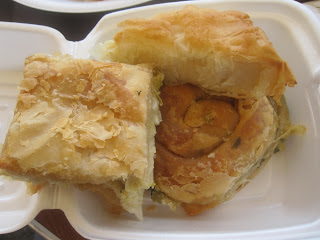 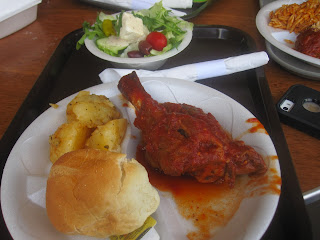 And Jon ordered the Soutzoukakia – Greek Style meatballs in a fresh tomato sauce, with a side of orzo. 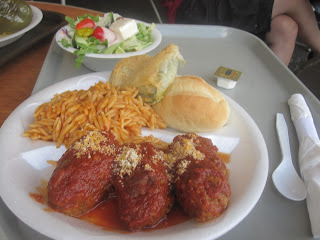 All of our meals also came with a Greek side salad featuring a large piece of feta and a Greek dressing. 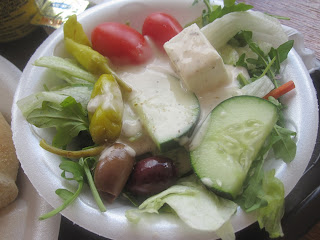 For dessert we had baklava and Galaktoboureko (custard filled filo pastry topped with honey syrup). 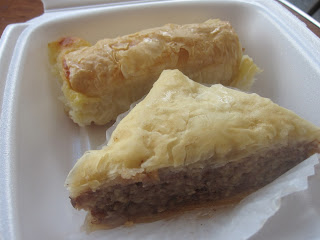 All three meals got rave reviews from the four of us -- all three of us would gladly attend next year for some authentic Greek food. I can't speak to the other days of the Fest, but we were able to get street parking a few blocks away on 10th street (which is no small feat if you've ever been to Tremont). Aside from food and entertainment, there were an array of vendors throughout the church hall and outside grounds. There was also a Greek  coffee stand, if you wanted a little something extra to enjoy with your pastries -- I was too full by the time we passed the coffee stand, but I would love to try a Greek frappe next year. 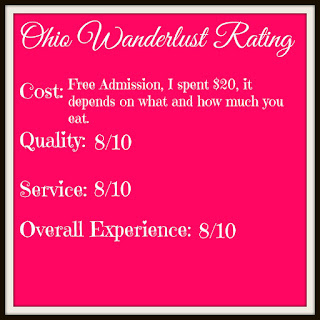