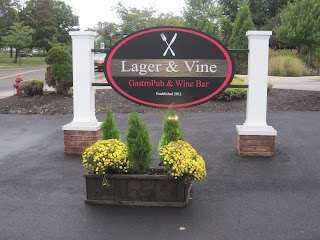 Last week Dave and I visited Lager and Vine with some friends of ours for dinner. We've passed this restaurant in Hudson many times and thought it would be nice to try something different for a change. Since there were four of us, I was able to get twice the amount of pictures and twice the opinions about the food. We went on a busy Saturday night, but were seated immediately due to the fact that we made reservations. I cannot stress the need for reservations enough!


The martini I ordered was called the Good Life, amaretto, Sprite and cranberry juice. 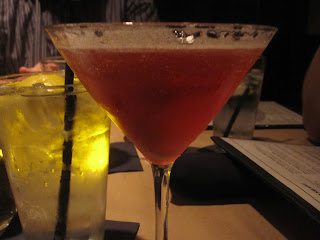 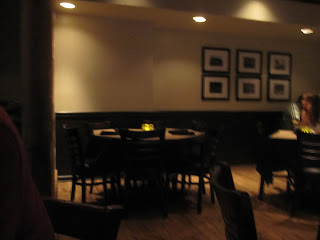 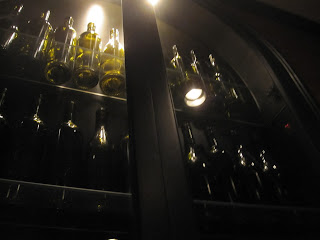 We don't eat meat, so we omitted the bacon from the chips and left everything else. I liked this as an appetizer, it was a nice amount for two people. The sauce was nicely flavored and the chips were crisp. 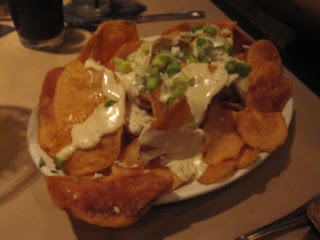 Stephanie ordered the Lobster Bisque. She had nothing but good things to say about this soup. 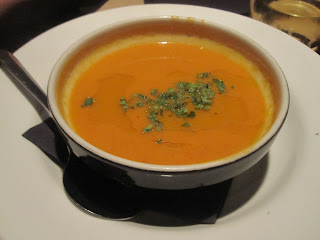 Preston had the Asian Chicken Satays, which he gave a mixed review. He thought the slaw was unnecessary and that the chicken lacked seasoning. However, he really liked the sweet peanut dipping sauce, he thought the sauce was stellar and that had the chicken had more salt, that it would have been one of the best dishes he's had in a while. 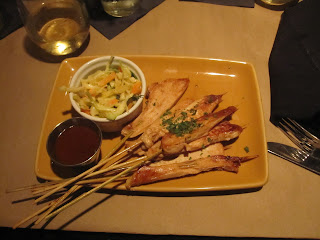 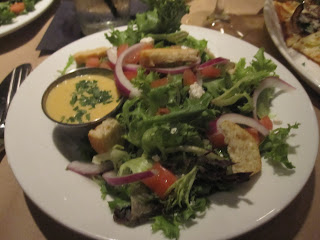 She added seared Ahi tuna to her salad, I had mine with no protein. We both really enjoyed the mix of flavors and ingredients. Their Dijon Vinaigrette was amazing, it was a nice consistency and it helped to elevate all of the other ingredients in the salad. 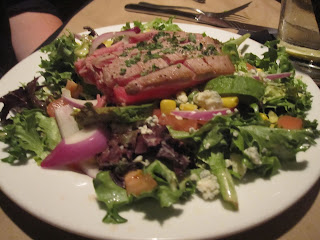 Dave ordered the Balsamic Onion & Bacon flat bread. Once again we omitted the bacon from this, so it had balsamic glazed onions, artichoke hearts, braised spinach and asiago cheese. It was good, but lacking something salty, which was our fault since we removed a salty element from the dish -- you live and you learn as a vegetarian. We thought the crust had a nice consistency and that the balsamic helped to mellow the onions in a way which made the flat bread more appealing overall. 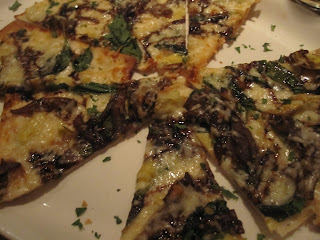 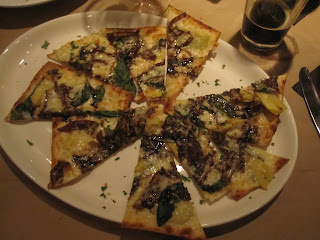 Preston had the IPA Braised Pork Tacos with a side of homemade tater tots. The tacos had charred corn, salsa verde, cheddar jack cheese and lime sour creme along with the braised pork. Preston was underwhelmed with this dish as well, he thought it was lacking seasoning again and was just okay. He mentioned that a crunchy slaw might have been nice on the tacos. 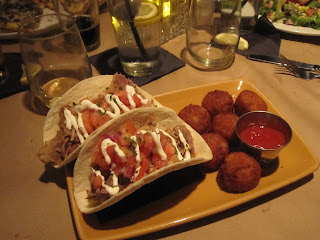 As you can see, Lager and Vine got mixed reviews from our dinner party. I can't speak to any of the meat based dishes, since I don't eat meat myself. The martini I had was excellent, it was a nice blend of flavors and was refreshing enough that I didn't even order a second drink. I enjoyed the three items that Dave and I tried, but overall my favorite was the Farmer's Market Salad.

The menu at Lager and Vine changes seasonally, so although we won't be going back soon (I have a lengthy list of places I'd like to try) we are in Hudson frequently visiting family and I wouldn't be opposed to checking out their menu changes or trying their patio.

My rating for Lager and Vine: 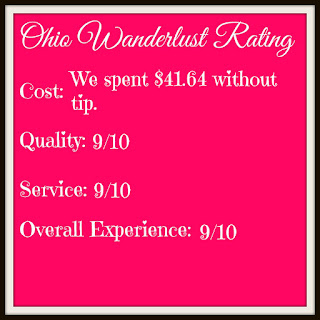