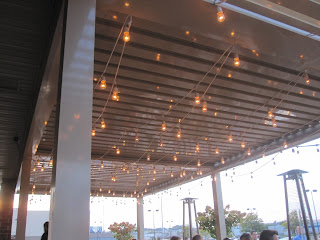 Table Six Kitchen + Bar opened in 2013 based on the concept of shareable plates. There are several unique things about Table Six -- one of the most notable is that they do not use heat lamps in the kitchen, all of the orders come out to the table as soon as they are ready. The result is a staggered dining experience that gives you the freshest food with a fun and different dining experience.

I visited Table Six last weekend with some of my friends from college. We ordered a variety of  "For the Table" items to enjoy. Table Six has plenty of seating both indoors and outdoors, it was a pleasant evening, so we opted to sit on the patio.

First, drinks.... this is the Summer Mule -- although it was not served in the traditional copper cup, the strawberry and basil went nicely with the ginger beer, this was a nice drink to enjoy on an end of summer evening. 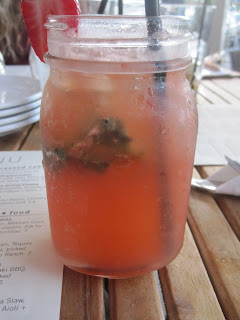 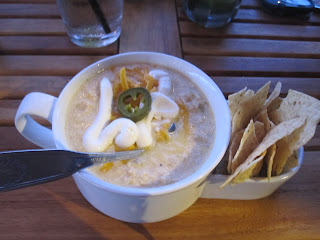 Next to arrive was the Seared Ahi Tuna that Kaley ordered. Described as  "#1 yellowfin tuna, sesame crusted with ginger, soy hoisin, wasabi aioli, + avocado mash." Kaley gave this dish a thumbs up for taste and presentation. 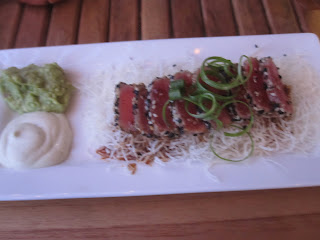 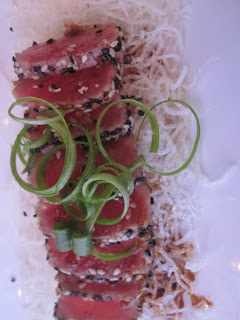 Next to arrive were the Devils on Horseback. I think that is such a fun name for a dish.

I did a little searching and found out that, "The history of Devils on Horseback dates back roughly to the late 19th century with its close sibling Angels on Horseback, which are oysters wrapped with bacon and seasoned in some way. The angels were popular at Victorian dinner parties as a way to end a dinner. The idea is likely French in origin, though the Devils on Horseback spin is decidedly British." (You can find out more at the American Table.)

The Table Six version is described as "bacon wrapped dates in a pool of cilantro pesto." Sarah and Kaley ordered these small bites. Both said the Devils on Horseback was their favorite dish out of the two they ordered for dinner. 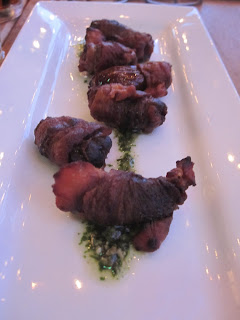 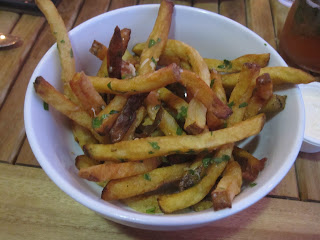 Sarah and I both ordered a similar second dish. I had the Vegetarian Lettuce Wraps and Sarah had the Chicken Lettuce Wraps. The wraps had green onion, water chestnuts and the respective protein cooked in soy ginger sauce. Crispy lettuce cups came with each for a build your own style platter. 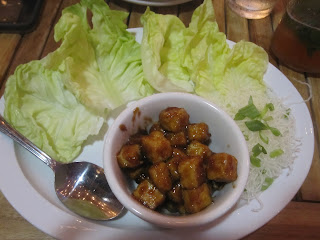 I enjoyed the soy ginger sauce on the tofu, it made the tofu taste great and helped to tie all of the other ingredients together for a cohesive lettuce wrap. These were a little messy, but a mess is no big deal. 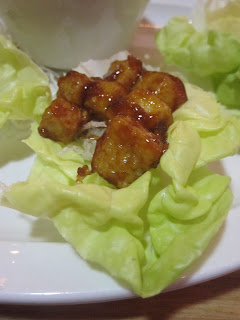 For dessert Kaley and I split the County Fair Waffle Fries. Described by Table Six as "Just like eating a Funnel Cake at the fair. With insane, peanut butter fudge + marshmallow dips."

This dish was ridiculously over the top in all the right ways. The idea of a waffle "fry" for dessert is fun and whimsical. The waffle fries were crisp and tasted like funnel cake. I'm a peanut butter lover, but I think the marshmallow dip was the way to go with these fries. These are really the best way to end your evening at Table Six. 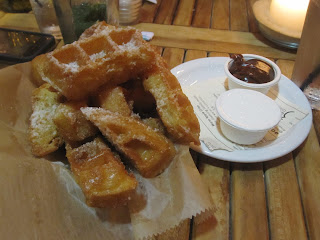 I like to make a reservation whenever possible, especially on the weekends. We went to Table Six on a Friday night at 6:30 and we were seated immediately due to our reservation. The hosts were professional and allowed me to decide to sit out on the patio. Our server was incredibly knowledgeable about the menu and helped us decided on drinks and food when we were unsure of what to order.

My review of Table Six Kitchen and Bar: 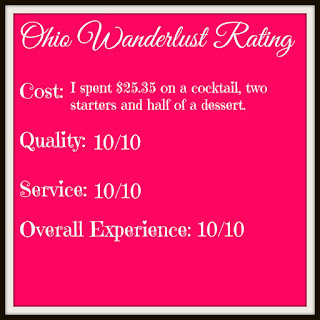