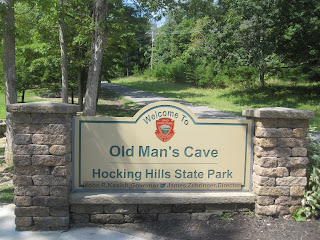 We visited two parts of Hocking Hills on Saturday, our morning hike was at Old Man's Cave. The cave is aptly named -- Richard Rowe, pictured below, was a recluse who resided in the cave during the late 1700's. 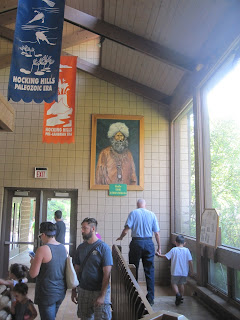 One important thing to remember is: 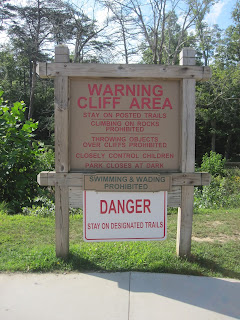 There are a lot of dangerous areas in Hocking Hills due to the high cliffs, the paths were well marked, but there were a lot of people going off of the paths and standing next to the cliffs. The vantage point you're allowed is totally worth it, there's no reason to endanger yourself by trying to get closer. 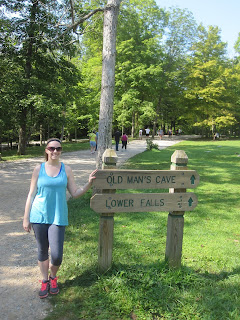 The first place we hiked to was Old Man's Cave which was pretty easy to get to from the beginning. This part was one of the most crowded of the entire park. It was difficult to walk around the cave area without bumping into people or tripping over small children.

There is a trail, but this area is pretty open for exploration, you can look around the cave and then work your way down below the cave area where you can look up into Old Man's Cave. 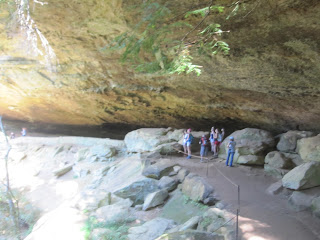 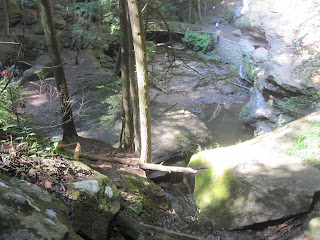 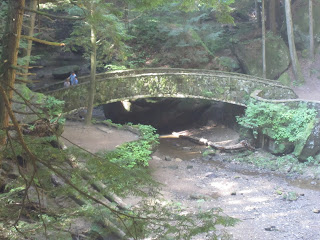 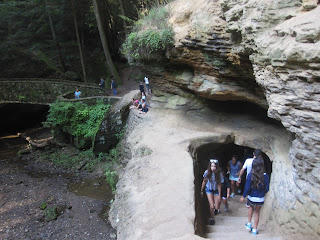 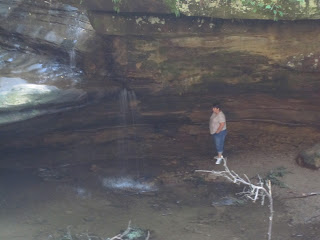 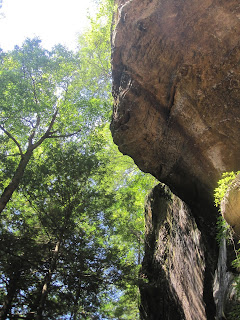 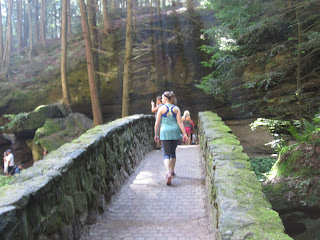 Looking up into the cave. 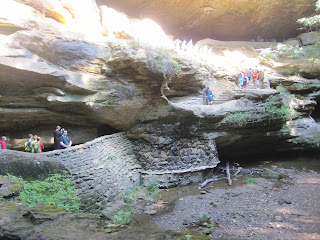 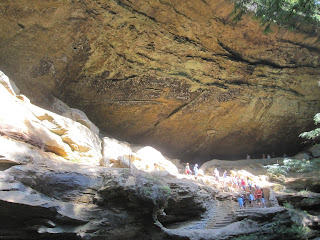 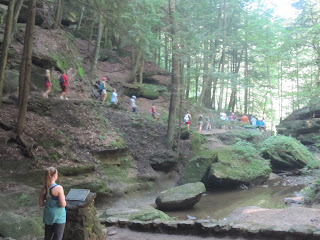 Another notable formation near the cave is the Sphinx Head which is pictured below. 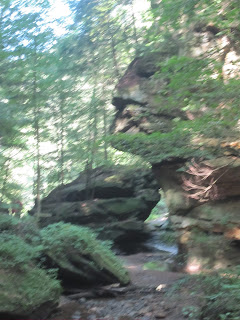 Next we decided to hike over to the Upper Falls. 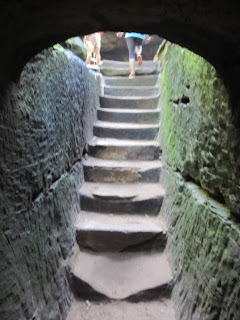 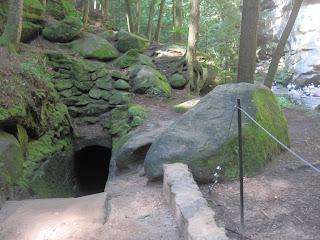 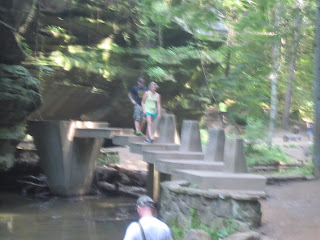 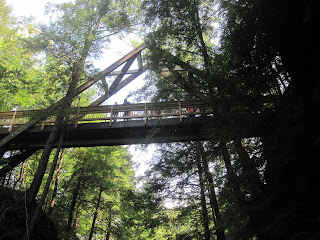 We did have to traverse this narrow ledge to get to the falls, it was single file in and single file out. There was a small wait for the foot traffic to flow in the direction you wanted to go. Luckily once we were done, there was a different way back to the parking lot. 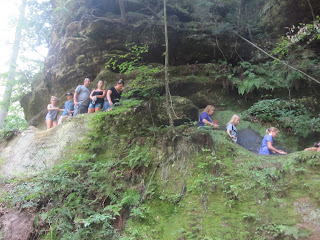 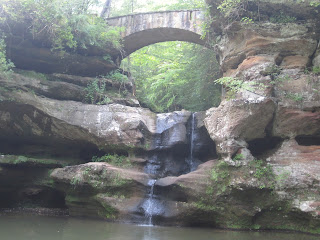 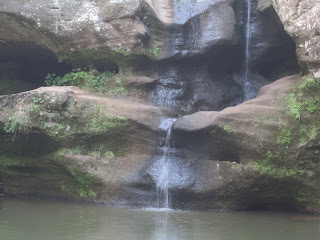 The Upper Falls portion was cool, but we're in the middle of a bit of a dry spell in Ohio, so I don't think the falls were at their fullest potential. Once you're done at the Upper Falls, you can go back the way you came to Old Man's Cave or up to the parking lot to start over.

We went back to the parking lot and then started at the beginning. Near the start of the trail there are signs for the Lower Falls that you can follow to avoid going back through the crowded Old Man's Cave portion of the trail.

Down into the Long Tunnel... 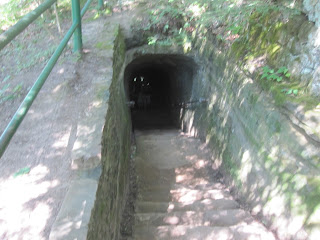 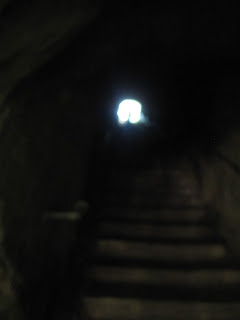 You'll be up pretty high and then you'll start to cut back down to the falls. 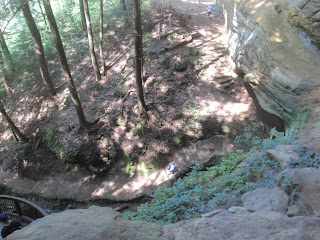 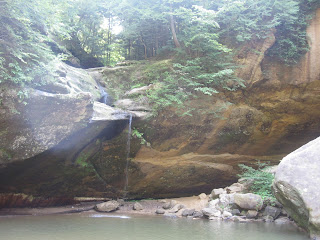 We spent about two hours at Old Man's Cave exploring the trails leading to the cave and both falls. For the more adventurous hikers Old Man's Cave has the Grandma Gatewood Trail which is a six mile hike combining Old Man's Cave with two other Hocking Hills parks. It was pretty hot on Saturday, so we decided to skip out on the six mile hike, but we talked to some people who were taking the trek. They said it was long, but pretty spectacular.

Aside from the large groups of people and the people who were acting dangerously, we liked checking out the sights at Old Man's Cave. The trails here were pretty challenging and it would probably be best if you're more fit. I'm not sure why there were so many small children running around, but I was concerned about it. This doesn't seem like the best place in Hocking Hills to take small children hiking, but that's just my opinion with the dangerous cliffs and drops.

My rating for Old Man's Cave: 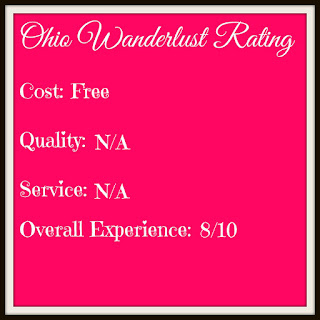