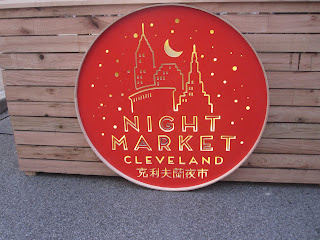 The Night Market only takes place four times a year in Cleveland and there are only two left in 2015, so plan your trip now. The Night Market takes place on the last Friday of June, July, August and September. The event is located at Rockwell and 21st St., we got parking at the Plain Dealer lot for $5, it was incredibly easy to park there and there were police officers securing the lot. Although this is a Night Market, the event takes place from 5p.m.-11p.m. each time, so you could go in the early evening with your family -- this is a kid friendly and pet friendly event.

We didn't have anything to do last night, so we got to the Night Market pretty early and were at the event from about 6:00 - 7:30.

I took these photos from the Plain Dealer parking deck, most of the vendors were lined up on Rockwell, but off to the side was the stage as well as the food truck vendors. 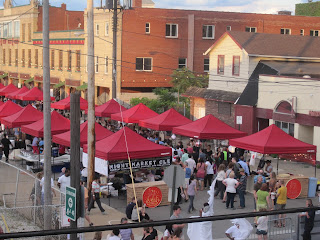 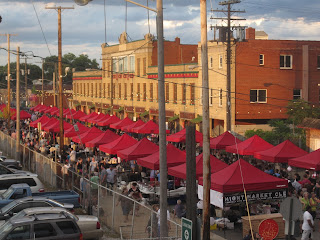 Our first stop was SnowBros Shavery for some shaved snow. Shaved snow is a Taiwanese dessert and is described by the SnowBros as a cross between shaved ice and ice cream. You can add toppings and drizzles to the dessert. 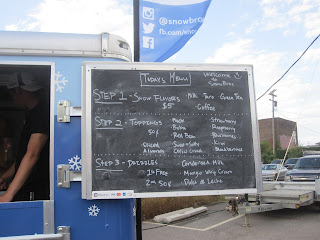 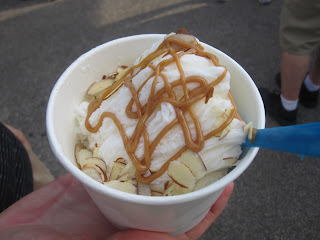 I thought the texture of this dessert was really interesting. It was crystallized like shaved iced, but finished smooth like ice cream. I guess I wasn't expecting it to be a perfect blend of the two, but it kind of was. This dessert is no where near as sweet as ice cream though, which was nice, I really enjoyed the sweet notes from the dulce de leche.


There were some ominous looking clouds, but the weather held out while we were there. 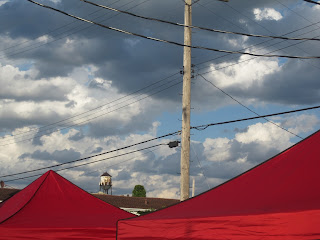 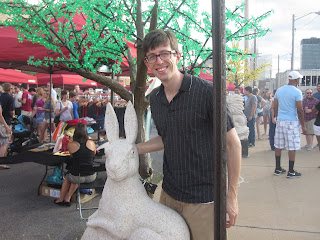 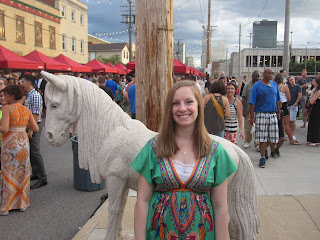 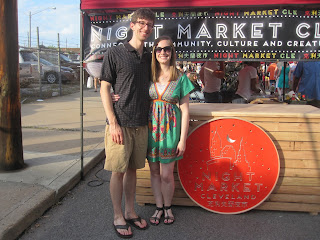 These lights were strung above the event, I wish we had been able to stay a little later to see everything lit up. 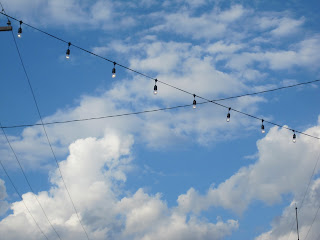 Our next food experience was bubble tea. I had never tried bubble tea before and I'm still not sure how I felt about sucking the tapioca balls through the straw to eat them, but Dave was all about the bubble tea. He had told me that he didn't like it when he first tried it years ago, apparently he's now a big fan. 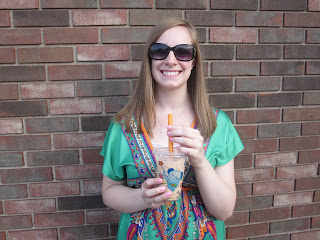 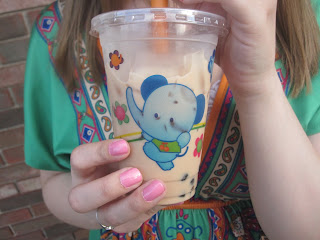 On the side of the street without the zodiac statues, there were these delightful light up trees. They were incredibly fun and added a hip vibe to the area. 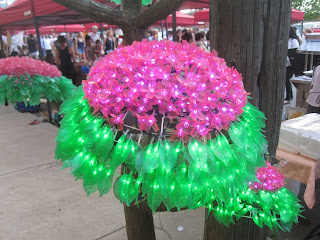 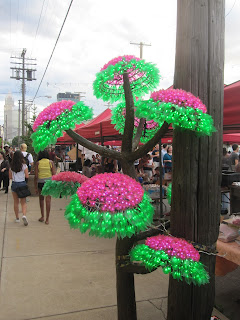 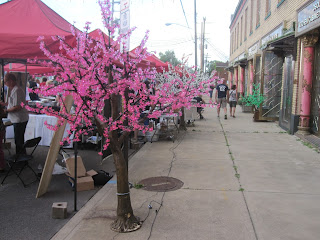 This woman was playing the erhu, people young and old seemed to really enjoy the live music, she was incredibly talented. 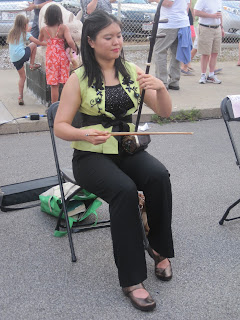 There was some sort of performance piece put on by people in these masks and wings. They worked their way through the crowds and danced in front of the band for a while, before moving back through the crowd as silently as they had entered. No one around us seemed sure about who they were or what they were doing, so if you have answers, I'd love to know! Dave insisted that we follow them around and then insisted that we watch them as they danced. We never gleaned any information from those interactions though. 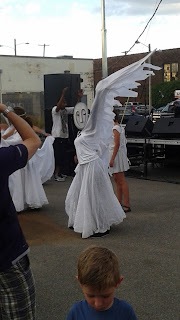 The last thing that we tried before leaving was an order of sesame balls. Dave had tried these before and said that I needed to try them before I left. They were a fried pastry filled with a sweet, red bean paste. The dough was incredibly light and airy, these were a nice way to end our time at the Night Market. 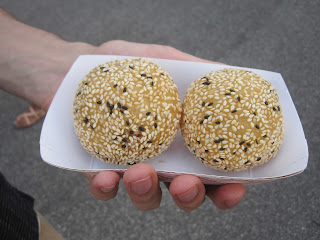 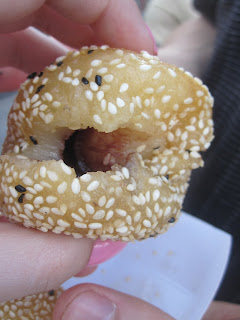 There are Night Market buttons and other merchandise sold at the front of the event, I picked up one of these adorable buttons. 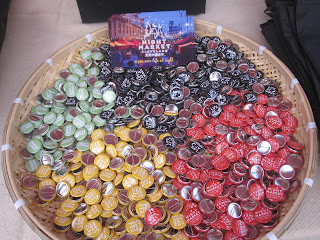 The vendor told me that they were all designed locally. 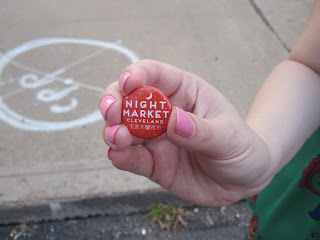 We left just before sunset, I'm sure the setting sun didn't put a damper on the rest of the festivities. Next month if we don't have plans, we'll be stopping by the Night Market a little later in the evening to get the full nighttime experience. 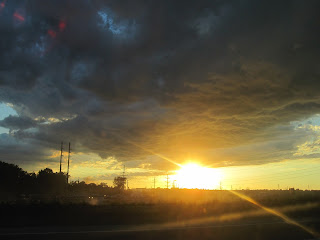 My rating for Night Market: 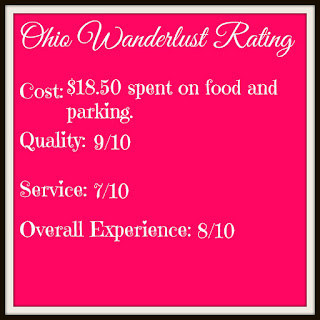